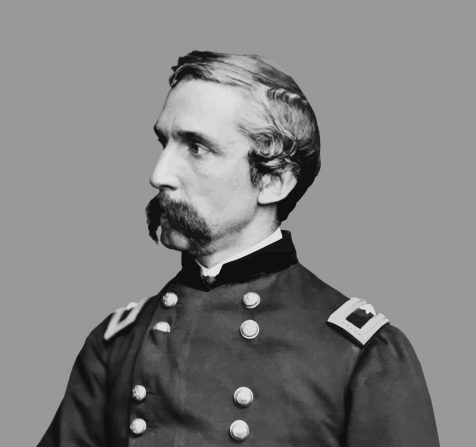 BRUNSWICK — The biographic background and heroism of Gen. Phil Kearny is the Joshua Chamberlain Civil War Roundtable topic at the Thursday, Nov. 11, meeting.
The roundtable will be at 7 p.m. in the Morrell Room, Curtis Memorial Library, 23 Pleasant St. the lecture is free and open to the public.
Wally Heimbach will tell of Kearny’s bravery in the fighting at Mexico City and in France, where he was awarded two French Legion of Honor medals for two separate wars in that country. When the Civil War broke out, Kearny returned from France, was commissioned, and assumed command of the First NU Brigade of the Sixth Corps.
Heimbach is an amateur historian who enjoys visiting battlefields and studying the people who fought and died there.