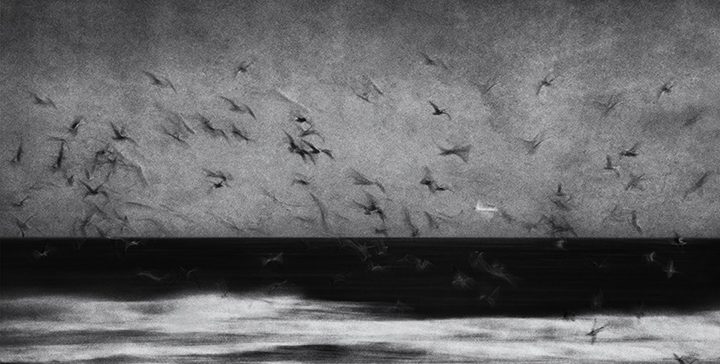 PHOTO: “One and Many,” by Olga Merrill

BRUNSWICK — Brunswick photographer Olga Merrill has been named one of the YourDailyPhotograph.com Hot 100 of 2021. Merrill was chosen from more than 4,500 photographers from around the world to be one of 100 named to the list.
Merrill has been an area resident since 2013, and her Harbor series is featured in her book, “Misty Seas.” The series was done by attending sailing events and spending time in Maine’s harbors.
“Harbors and boats are the essence of Maine,” Merrill said. “Every harbor has its own spirit, personality, attitude, mystery, and sailing is a metaphor for human life.” She said she loves to pair her work with a quote that’s often attributed to Mark Twain: “Twenty years from now you will be more disappointed by the things you didn’t do than by the ones you did do. So, throw off the bowlines. Sail away from the safe harbor. Catch the trade winds in your sails. Explore. Dream. Discover.”
Merrill said she was honored to make the list. YourDailyPhotograph.com is the industry’s leading online journal for international collectors of fine art photography. Artists named to the list are selected by a panel of experts. The selection committee does not accept applications for entry into the annual award program, instead winners are selected based on quality of the work produced.