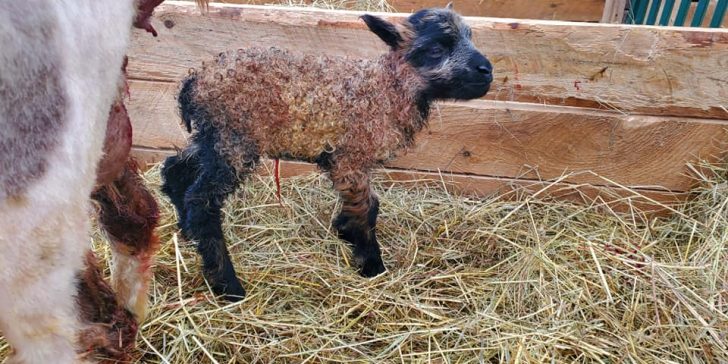 FAIRFIELD — Imagine traveling the world right now from the comfort of your own home. That’s what Good Will-Hinckley’s Glenn Stratton Learning Center students are doing.
Thanks to the creative and amazing staff, the students are able to “visit” places such as a local barn here in Maine and the streets of New York City (including Central Park), partake in a French lesson in Leon, France, see the Congo River, visit Scotland and receive a personal performance of “Amazing Grace” played on the bagpipes, and most recently speak with a 911 dispatcher from Manchester, England.
“Life around the World” started on a farm in North Belgrade, where science teacher, Pam Wilcox, gave a lesson to her students. They were able to see animals that were as young as an hour old. Pam talked about the uses of the animals from how cheese can be made from the milk of the goats and sweaters from the wool of sheep.
The “classroom” visited NYC, where resident Michelle Marks spent an hour one day a week for four weeks talking to the students. The first two weeks were focused on what it was like to live in NYC during this pandemic and how the virus has impacted life in NYC. She showed pictures of the empty street and discussed essential workers. The students were able to talk with the doorman in her apartment building, a local UPS driver, and a pharmacy worker. During week three, Marks took them on a walk to Central Park, three minutes from her apartment, where she was able to give facts about the surroundings. For the last week, Marks showed the classroom a slideshow that discussed movies filmed at various locations in the city, such as Central Park and the Empire State Building. “I enjoyed it so much; they (the students) were so polite,” Marks commented. “They are a wonderful bunch of children, and it was such a great experience for me.”
When “visiting” the different areas, the students learn not only a little about the culture but also how COVID-19 has affected the area. There also is a lot of conversation around sports and food. The students have learned that in Scotland students attend college for free and everyone’s healthcare and medication is at no cost. Did you know that in England, beans on toast is a common breakfast? Those are just a few facts the GSLC students have learned over the past several weeks.
The students have been very engaged and have enjoyed this new opportunity so much; the GSLC staff has decided to continue the “life around the world” lessons when they reconvene in the fall. One student said, “It’s really cool learning about countries that I would never be able to visit.” While another said, “Thank you for the information. Knowledge is power.”
What’s up next you ask? Just a little “trip” to New Zealand. If you’re an educator and would like to set up something similar for your students, feel free to reach out to Pam Wilcox at pwilcox@gwh.org to get some helpful hints on how you too could do a “life around the world” tour.