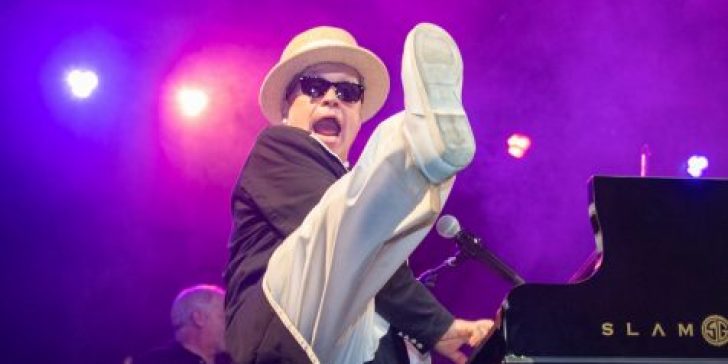 BATH — While shows are postponed at the theater at 804 Washington St., the Chocolate Church Arts Center is presenting Live from Home, a series of concerts performed by regional musicians at home that can be streamed online by audience members via Facebook.
Two concerts will be presented this weekend. At 7:30 p.m. Friday, March 27, indie-folk band Gentle Temper will perform. At 7:30 p.m. Saturday, March 28, Yellow Brick Road, A Tribute to Elton John, will perform.
The concerts will be streamed via the Chocolate Church Arts Center’s Facebook page, and will be free to watch. Audience members will be encouraged to donate to help the organization recover lost revenue because of postponed shows, and to support the performers, many of whom are also facing canceled shows and loss of income. All donations will be split evenly between the Chocolate Church Arts Center and the performers.
Gentle Temper is a New-Age Folk duo from Boston, made up of Ryan Meier and Marion Earley. With ever-expanding instrumentation and dynamically rich live performances, the two musicians have molded their unique sound by constantly pushing the boundaries of what a duo is capable of. Formed in 2016, Gentle Temper found their footing deeply rooted in the vast realm of Folk, and write music and lyrics that are focused on topics like travel, mental health, politics, and love. Gentle Temper’s latest single “Triple Dog Dare” is available on all streaming platforms.
Maine’s Yellow Brick Road, A Tribute to Elton John (pictured), is a full concert tribute to the “Rocketman” himself. Every detail of an actual Elton John concert is presented in such a way that will have Elton John fans screaming for more. The band is led by Gerald Brann, who has a degree in jazz piano from the University of Maine at Augusta and has been performing professionally for over 35 years. Brann will plays his Live from Home concert as a solo performance on Saturday, March 28.
Tickets are not necessary for the Live from Home concerts. Audience members may simply go to the Chocolate Church Arts Center’s Facebook page at the time of the show, and they will be directed on how to watch. The Chocolate Church Arts Center will continue to announce upcoming Live from Home performers in the next few weeks.