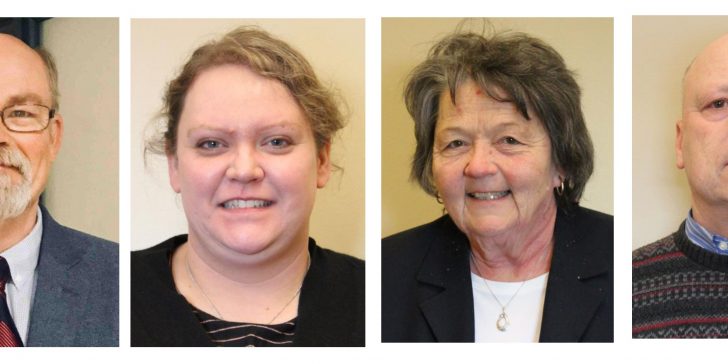 WATERVILLE — Connie Coggins, president and CEO of HealthReach Community Health Centers, has announced that four new members have joined the organization’s Governing Board of Directors.
New board members are:
Jack Ducharme, vice president and regional community banker, at Skowhegan Savings in Somerset County. A Madison selectman serving his third term, he has also been treasurer of the Madison Area Health Council, the local community board which advises Madison Area Health Center, since 2017.
Candy Henderly, who began a 10-year career in health care as a certified medical assistant in 2009 before transitioning to practice management until 2015. She earned a master of public health from Ohio State University in 2017 before moving to Maine, where she oversees the operations of the Penobscot Nation Health Department as community health director. She has been a part of the MaineCare Advisory Board offering feedback on policy development and State Plan Amendments affecting Maine’s Medicaid services since August.
Juliana Richard, second selectman for the town of Bingham and president of the Old Canada Road Historical Society. In 2010, she retired from her career in education, in which she served as principal at RSU 83/MSAD 12 and of Dexter Middle School.
Martin Weiss, who after 36 years in civil service positions, retired from his information technology career in July 2017. He has been secretary and president of USA Track and Field, as well as secretary and board member of Temple Bethel El in Augusta.
John Opperman is 2020 chair of the Governing Board of Directors; Bruce Harrington is vice chair; Terry Brann is secretary/treasurer.
Board members and staff expressed their appreciation to outgoing board members Lois Bouchard and Pierrette Kelly at the last board meeting in 2019.­
A private non-profit with a 45-year history, HealthReach is funded by patient fees, grants and by the Health Resources and Services Administration of the U.S. Department of Health and Human Services. It has 11 locations in western and central Maine, including in Bethel, Belgrade, Bingham, Albion (Lovejoy Health Center), Kingfield (Mount Abram Regional Health Center), Madison, Rangeley, Richmond, Pittsfield (Sheepscot Valley Health Center), Strong and Livermore Falles (Western Maine Health Center).