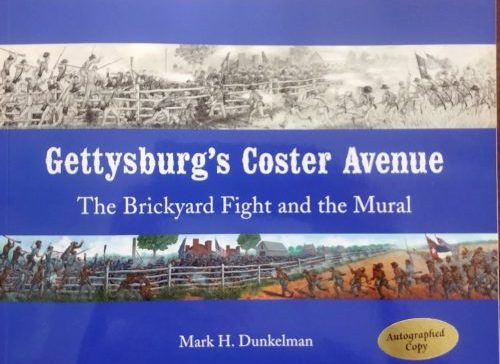 BRUNSWICK — Artist and historian Mark Dunkleman will speak about “Gettysburg’s Coster Avenue: The Brickyard Fight and the Mural,” the title of both his lecture and his book, at the Joshua Chamberlain Civil War Roundtable Thursday, Sept. 12, at Curtis Memorial Library.
The talk will be at 7 p.m. in the Morrell Room, 23 Pleasant St.
Dunkelman will talk about this battle located in the smallest portion of the Gettysburg National Military Park, the 154th New York unit, and how he came to paint the 80-foot long wall mural commemorating the 125th anniversary of this brutal battle.
The Coster Avenue Mural depicts the regiment in action on the battle’s first day, July 1, 1863, at the very site on which it occurred. For more information, dcmanchester@msn.com.