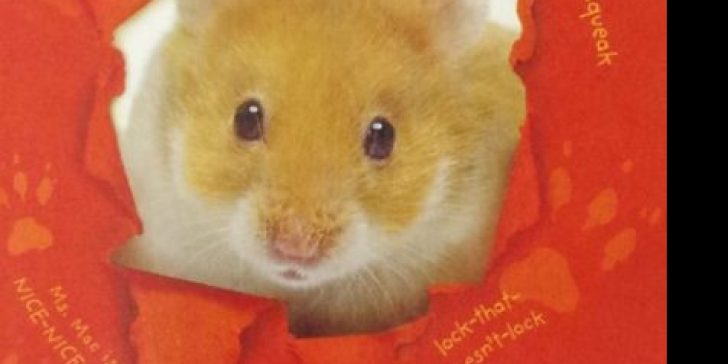 RUMFORD — “R.E.S. We’re the best!”
Although not the message from Humphrey the Hamster to the students at Rumford Elementary School, it was, however, the popular chant from students at the end of their monthly assembly April 5.

The student body gathered in the cafeteria at 8:20 a.m. to see which of their peers would be named students of the month at each grade level, as well as what classes might be getting a free ice cream or pizza party.
A special event was also presented by the Literacy Group teachers, The Literacy Group and Principal Jill Bartash — they introduced the “One School – One Book” event.
Over the course of three weeks, all the students, teachers and parents will be asked and encouraged to read “The World According to Humphrey.”
Schools across the country are implementing the One School – One Book challenge, including Turner Primary School, which is reading “A Boy Named Bat” about a child whose veterinarian mother is nursing a sick skunk back to health.
At the Rumford assembly, students were introduced to their book as teachers performed a sketch featuring the popular character, Humphrey the Hamster. The fictional pet is the star of author Betty Birney’s series, “The World According to Humphrey,” and is known to schoolchildren around the nation.
In the series, classroom pet Humphrey gives advice to the human characters around him — and to the readers, of course — about how to deal with the challenges of school and home life.
He gets the opportunity to share his wisdom as the teacher (initially annoyed with Humphrey) gives each child in her class a chance to take him home for a while. In his sleepovers, he manages to help each of the students deal with their troubles. The teacher begins noticing the positive changes Humphrey’s visits have made, and she begins to appreciate him more.
At the assembly, the literacy teachers portrayed a family who spent most of their time watching television instead of talking to each other, playing family games, or reading. The family room had a hamster cage containing the infamous Humphrey.
One of the teachers played the part of the hamster and over the course of a few nights and somehow got the family interested in playing a game or reading. The message to the RES audience was clear — watching television is not very good for bringing a family together.
In addition to the Humphrey presentation and the students of the month, recognition was also given to those with perfect attendance as well as to the janitor and his student helper. The awards included certificates and “RES Dragons” T-shirts.