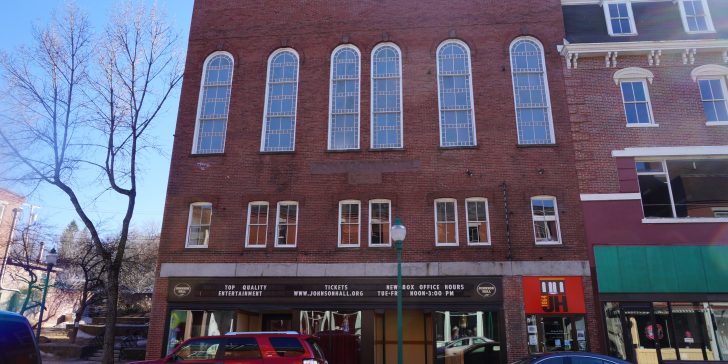 The show is for ages 21-plus and will contain adult language and content.
Brinegar, originally from Boston, was thrice named Maine’s Best Comedian by the Portland Phoenix. He’s worked with Last Comic Standing winner Iliza Shlesinger and was featured on the Comedy Time Network.
McNamara, also from Boston, recently auditioned for the Montreal Just for Laughs Festival. She’s been winning over New England audiences with her conversational style and awkwardly charming energy. She won the 2014 BeanTown Comedy Riots and appeared on season 10 of NBC’s American Idol.
Saunders also hails from Boston, where his quick wit and crazy stories have him steadily climbing the comedy ladder. He’s a regular at the world famous Comedy Studio and ImprovBoston. He also produces and hosts his own talk show on Dirty Water TV.
Della Volpe got his start in comedy as an intern at Sacha Baron Cohen’s Four by Two Films. Since graduating from Colby College in 2017, he has been performing regularly and trains in improv at ImprovBoston.
Tickets may be bought in advance — online or by calling the box office — or at the door the night of the show. The box office at Johnson Hall, 280 Water St., is open Tuesday through Friday from noon and 3 p.m.
For more information, call 207-582-7144.