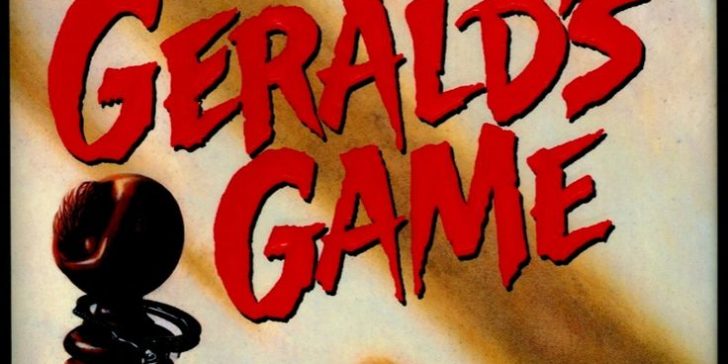 Once again, Jessie Burlingame has been talked into submitting to her husband Gerald’s kinky sex games – something that she’s frankly had enough of, and they never held much charm for her to begin with. So much for a “romantic getaway” at their secluded summer home. After Jessie is handcuffed to the bedposts – and Gerald crosses a line with his wife – the day ends with deadly consequences.

Now Jessie is utterly trapped in an isolated lakeside house that has become her prison – and comes face-to-face with her deepest, darkest fears and memories. Her only company is that of the various voices filling her mind, as well as the shadows of nightfall that may conceal an imagined or very real threat right there with her.

About the author: Stephen King is the author of more than 50 books, all of them worldwide bestsellers. His recent work includes “The Bill Hodges Trilogy-Mr. Mercedes” (an Edgar Award winner for Best Novel), “Finders Keepers,” and “End of Watch”; the short story collection “The Bazaar of Bad Dreams”; “Revival”; “Doctor Sleep,” and “Under the Dome.”

His novel “11/22/63” was named a top 10 book of 2011 by The New York Times Book Review and won the Los Angeles Times Book Prize for Mystery/Thriller. His epic series, The Dark Tower, is the basis for a major motion picture from Sony. He is the recipient of the 2014 National Medal of Arts and the 2003 National Book Foundation Medal for Distinguished Contribution to American Letters.

He lives in Bangor, Maine, with his wife, novelist Tabitha King.