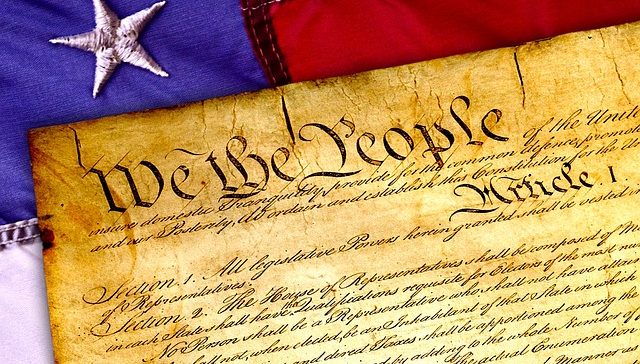 AUBURN — In conjunction with Constitution Day, Sept. 17, local Optimist Clubs are making free pocket-sized Constitutions available to schools and students.
The Optimist Club of Lewiston/Auburn and Tri Town Optimist Club of Minot, Poland and Mechanic Falls are offering the free Constitutions on a first-come, first-served basis.
Federal law requires that all schools that receive federal funding provide a course to all students on the Constitution of the United States on Constitution Day, which is the anniversary of when Congress ratified the Constitution, Sept. 17, 1787.
Some schools have a special assembly, but most just incorporate a Constitutional lesson plan into their normal class day. “We need to refocus on the once radical idea that the powers are given by the people to the government and not from the government to the people, and that these powers must be limited or tyranny will follow,” the Optimist Clubs said in a news release.
To order a Constitution, schools should contact any Optimist Club member, or call 207-783-5269.