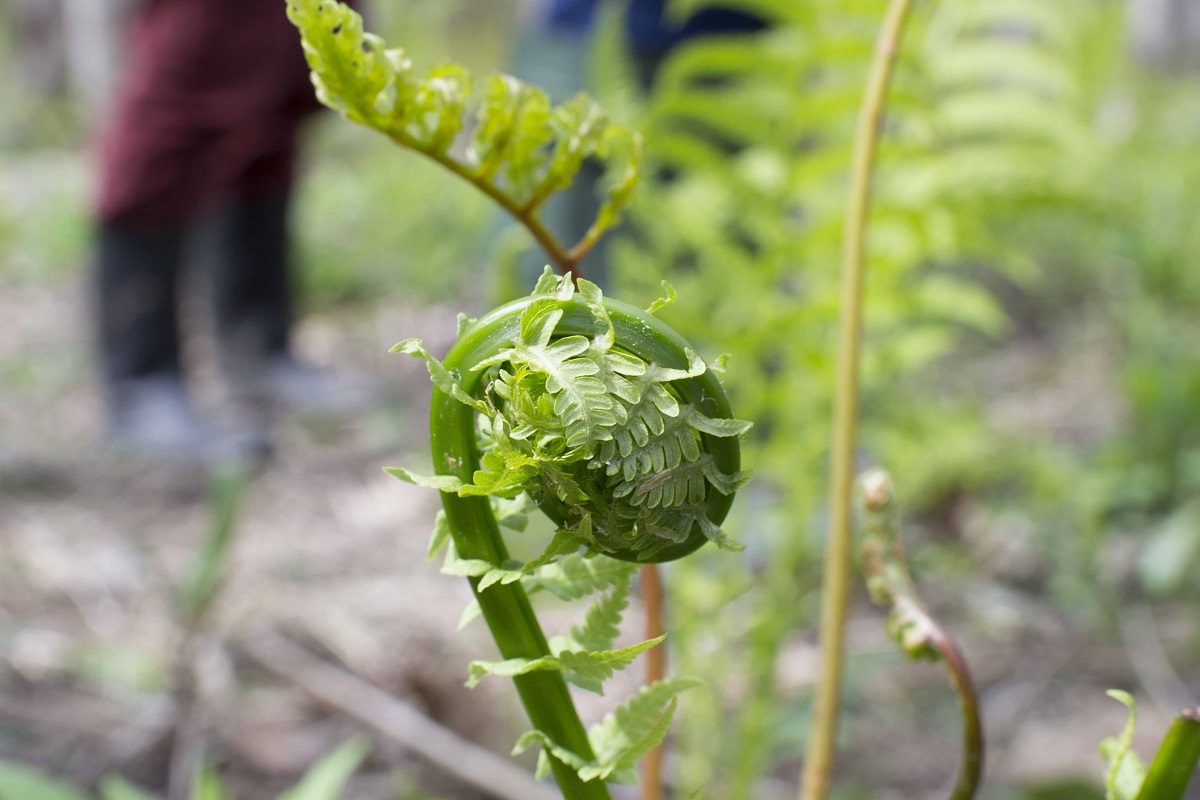 ORONO — Fiddleheads, a traditional springtime delicacy in New England and eastern Canada, can decline significantly over time if harvesters pluck too many from the same plants in a season, according to a new four-year study conducted by a University of Maine Cooperative Extension expert.
Fern crowns with all the fiddleheads removed in a single harvest suffered significant decline in growth in the subsequent years, and in some cases were killed outright, according to David Fuller, UMaine Extension agricultural and nontimber forest products professional.
A more sustainable harvest removed 50% of the fiddleheads in a one-time picking, but also resulted in reduced frond production in subsequent years.
In his study of the long-term effects of harvesting ostrich fern (Matteuccia struthiopteris), Fuller analyzed how varying degrees of fiddlehead harvesting affect frond production and mortality. His findings were published in the Journal of the National Association of County Agricultural Agents.
The study focused on 30 ostrich ferns, each producing a minimum of four fiddleheads per crown, and growing under mature sugar maples in a naturalized stand in Franklin County. Every spring, Fuller collected 100% of the fiddleheads from one group of ferns, 50% from another group and none from the third. He only harvested once each year from 2006 to 2008.
Fuller observed a significant decline in production in the plants from which he collected 100% of their fiddleheads. By the third consecutive year of harvesting, those ferns exhibited a drop in mean fiddlehead yield per crown from 5.1 to 1.4, as well as mortality in 50% of the crowns.
The plants in which he harvested half of their fiddleheads exhibited a decrease in the mean number of fiddleheads from 6 to 4.7 per crown in the third year. The control group of plants left unharvested produced the same average number of fiddleheads every year.
“These findings suggest that fewer than half of the fiddleheads from a given plant could be harvested and be sustainable with no follow-up harvest that year,” Fuller says. “Plants whose fiddleheads have already been harvested by other harvesters that spring should be left alone.”