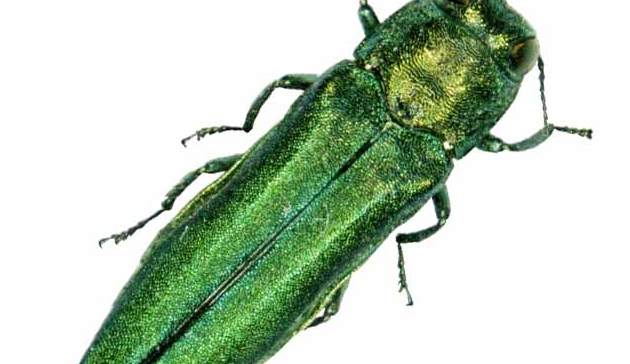 AUBURN – The city has been approved for a 2020 Project Canopy Assistance grant that will alllow it to educate homewoners with ash trees about the Emerald Ash Borer and to beging to replace trees as needed.
The $8,000 grant is through the USDA Forest Service Project Canopy program. 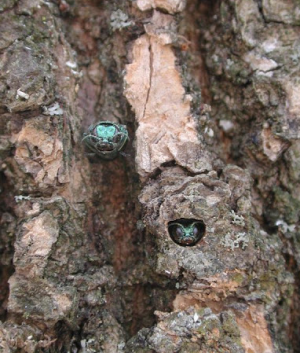 The Emerald Ash Borer is an invasive insect native to Asia. It was introduced to the United States near Detroit during the 1990s and first identified there in 2002. It spread rapidly and has killed hundreds of millions of trees in North America, since it has no natural enemies here.
It was first identified in Maine in May 2018 and has been found in Aroostook, York, and Cumberland counties, and as nearby as Portland. The invasive insect has not yet been found in Androscoggin County, but is likely to arrive before long. The Emerald Ash borer emerges from attacked trees through a characteristic D-shaped exit hole in the bark. Most trees die within five years of attack.
In 2018, a street tree inventory was completed in Auburn, through another Project Canopy Assistance grant. The inventory includes 430 ash trees. The information collected includes a street address for each tree and tree locations are identified on the City’s GIS mapping system. The City plans to use the data to provide educational materials to homeowners with ash street trees, and to encourage them to monitor the condition of their tree and alert the City Arborist if they have concerns.
It is expected that a large percentage of Auburn’s ash street trees will have to be removed in the future. This grant provides funding to begin to replace a number ash trees that are already dead or in poor condition from other causes.
Work funded by the grant will start this summer and be completed by the end of June 2021. A link to Auburn’s interactive map-based “tree inventory dashboard” can be found on the city’s website, auburnmaine.gov.