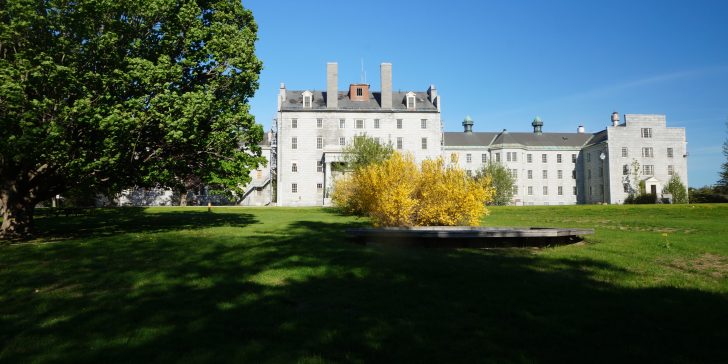 In the midst of rapidly changing directives surrounding the cononavirus response, more people are taking walks around the roads less traveled — or even the roads well traveled. Avoiding frost heaves and the occasional pothole, there are bound to be views one doesn’t see or note while driving or even biking. Also, trying to find a place away from traffic can be challenging, but not if you can visit the place we’re describing here.

This site may be familiar from afar for those in the Augusta area, but likely not as close up, where there’s plenty of room to walk and spread out.

Readers, can you guess where this is?

The campus of the former Augusta Mental Health Institute on Hospital Street in south east Augusta is now largely used for state offices, but the majestic 200-year-old Stone Building stands empty. The states’s psychiatric services were moved to Riverview Psychiatric Center, at the south end of the campus, in 2004.
Even when state offices are in full swing, there are plenty of opportunities to socially distance and walk on the grassy expanse between the Stone Building and the river, including down Arsenal Street, to the old Maine arsenal. Parts of a riverside trail, if you can find it, link to the east side boat landing and up to Fort Western.