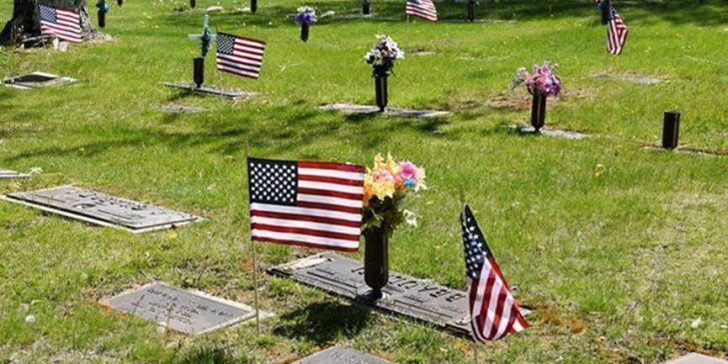 LEWISTON — A record number of volunteers turned out on the Saturday of Memorial Day weekend to honor veterans buried at St. Peter’s Cemetery in Lewiston.
An estimated 360 volunteers spread out throughout the 70-acre cemetery, placing flags on every veteran’s grave they found.
“It’s just a gorgeous day, and it’s a gorgeous cause, and if you look around and see all those flags waving over the cemetery, it makes you feel good,” said Joyce Richmond, a member of the Lewiston & Auburn Veterans Council, which organized the effort. “I’m a Gold Star Mother, which means my daughter passed away while serving in the Air Force, so it’s very important to me to honor her especially, but I know what sacrifices these people have made. They’ve given their lives for us.” 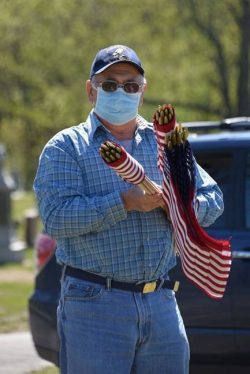 According to Richmond, 4,000 American flags were handed out to the volunteers, who fanned out to every corner of the cemetery, going row by row and reading inscriptions to try to ensure no veteran’s grave was missed.
The volunteers practiced social distancing rules, with parties staying at least six feet apart and individuals donning face masks. The volunteers said it was important to honor the veterans despite the COVID-19 pandemic.
“I think it’s really a time to remember everybody because of what we’ve gone through in the past and what we’re going through right now,” said Mary Beth Cloutier, whose father and father-in-law are both veterans. “It’s an emotional time.”
“I just want to be out here to help veterans,” says Jim Hodsdon of Lewiston. “We’re socially separated, and veterans need to be recognized.”
“I think that having so many volunteers that honor our veterans by placing flags upon their graves each year elicits a tremendous amount of respect for those who served our great country, as well as their families. This holds true especially this year with the current situation that affects each of us and the restrictions that are in place. To still be willing and able to honor our veterans for Memorial Day is a great gesture,” said Robert LeBlanc, director of the cemetery.
While the volunteers went about their work, James Thibodeau accompanied them on the bagpipes, playing patriotic music, including the hymns from the different branches of the U.S. Armed Services.
“To honor our veterans is a good thing to do, because all gave some; some gave all,” he said. “We need to give back.”
Community membersalso placed flags on the graves of veterans at all of Lewiston’s 13 cemeteries. They include Mount Hope Cemetery, which is also Catholic, and Riverside Cemetery, where flag placement organized by the Knights of Columbus took place on Thursday, May 21. 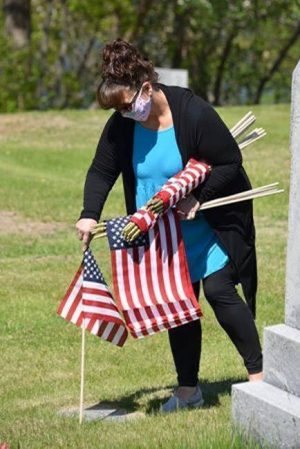 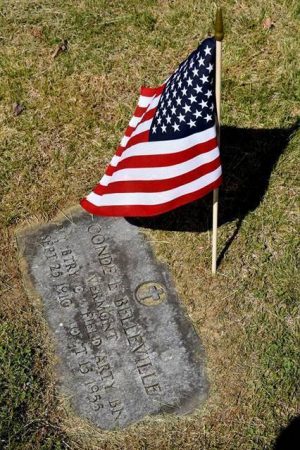 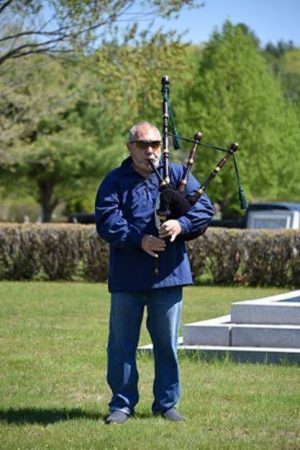