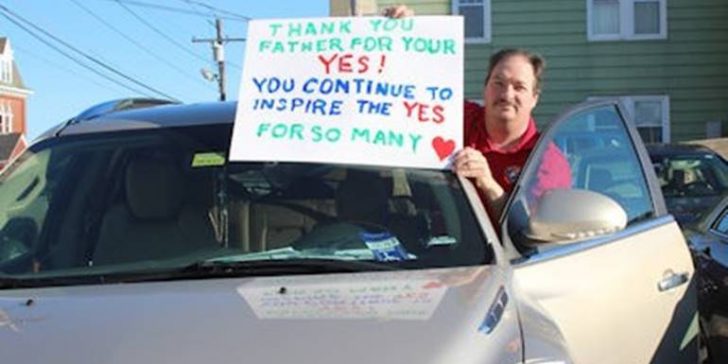 On May 13, when the Rev. Daniel Greenleaf emerged from the Basilica of Ss. Peter & Paul in Lewiston following a live-streamed Mass, he found signs, congratulatory decorations, and balloons covering the cars in the parking lot across the street. The people gathered were honoring their beloved priest on the 25th anniversary of his ordination to the priesthood. Greenleaf, who is pastor of Prince of Peace Parish in Lewiston, was ordained on May 13, 1995, at St. Joseph Church in Biddeford. Since then, he has served in Falmouth, Yarmouth, Gray, Freeport, Lewiston, Lisbon Falls, Sabattus and Bangor. He has also served as the director of vocations and seminarians for the Diocese of Portland, the chaplain of St. Dominic Academy in Auburn and Lewiston, and vicar general for the diocese. Shown are some of the greetings, as well as Greeleaf (bottom). (Submitted photos) 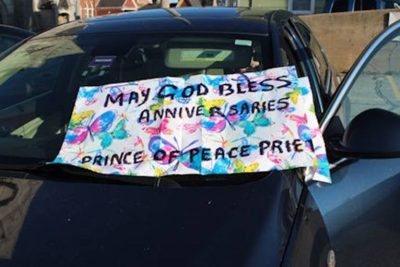 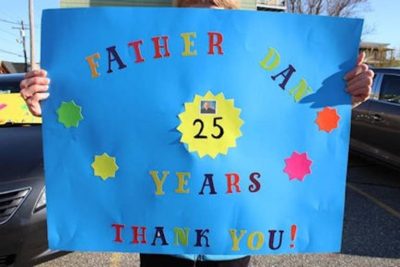 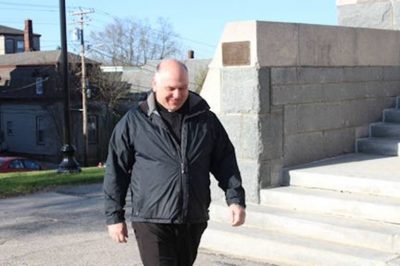