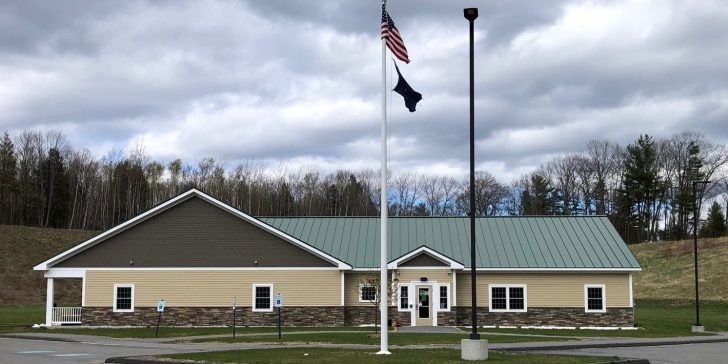 BELGRADE — The Belgrade transfer station is accepting faded and tattered American and state flags ready for retirement. Those flags will be turned over to the American Legion for a proper and respectful disposal.
The transfer station is open from 11 a.m.-7 p.m. Wednesdays, 7 a.m.-3 p.m. Saturdays, and, from Memorial Day through mid-October, noon-5 p.m. Thursdays. Retired flags may be given to any of the station’s attendants.
Flag Day this year is Sunday, June 14. Flag Day honors the history and meaning of the American flag. To celebrate Flag Day, Americans are encouraged to obtain a high-quality American flag and display it in a prominent location outside of their homes.
The transfer station will also begin accepting recycling again on Tuesday, June 2, with changes to how recycling will be collected.
Because the recycling center can get crowded, the town’s chief concern is ensuring safe social distances as residents drop off recyclables. To spread out the number of people at the recycling center over more days, the station will be open from 1 to 7 p.m. on Tuesday, just for recycling.
Those hours are in addition to accepting recyclables and trash during the usual open hours.
To keep people from congregating in front of the recycling windows:
* Glass will be collected near the hopper.
* Cans with heavy metals will be collected near the hopper.
* The collection bin for plastics will now be outside the recycling center beyond window 7. Residents who have bagged and stored recyclables while it was closed can place those bags in the plastics bin. Staff will sort them later.
* Every other window will be open (1, 3, 5 and 7), for cardboard, paper, magazines and newspaper. To help with social distancing, the pavement will be marked six feet from each window and the lane closest to the building will be blocked.
To assist residents with the changes, the town will put up signs and communicate all of this via the Internet.