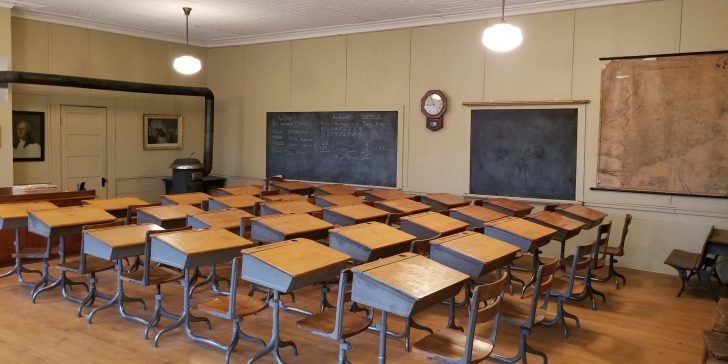 AUBURN — The National Park Service has placed the West Auburn School on the National Register of Historic Places. The building is at the corner of Boothby Street and West Auburn Road.
“This building is Auburn’s last remaining one-room schoolhouse,” said Curtis Jack, president of the Androscoggin Historical Society. “We are pleased that recognition of this historical resource has succeeded.” 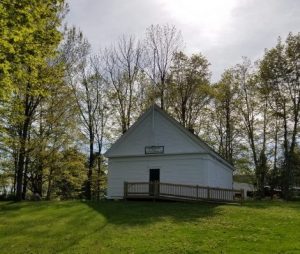 The building officially closed as a school in 1950. The Auburn City Council rented it out to various individuals, who used it for storage. When the council decided in 1992 to sell the school, a group of residents from West Auburn, as well as former students of the school, formed the West Auburn School Historical Society and bought the property from the city for one dollar.
Within a few short years, and through a variety of fund-raising efforts, the group was able to completely rehabilitate and refurnish the schoolhouse as it would have appeared in the 1850s.
Each year, classes of students from area schools have come to the West Auburn School for a day of education in a one-room school, taught by schoolmarm and WASHS board member Donna Berry, herself a retired teacher.
However, the WASHS board recognized that it was facing an uncertain ability to continue its stewardship of the schoolhouse because of an aging membership and no real prospects of younger replacements. They approached the Androscoggin Historical Society to take ownership of the property in order to continue its use to the public for educational and community entertainment purposes. The merger was effected in June 2018.
Steve Marsden, the last president of WASHS, led the effort to place the schoolhouse on the National Register. He called the letter of acceptance as “the crowning touch in the now-28-year effort to restore and maintain the West Auburn School as a vital community resource.”
The Androscoggin Historical Society welcomes inquiries concerning rental of the property for an old fashioned 1850s school day or for birthday, anniversary, or other appropriate events. Contact Penny Jessop at 207-782-5467.