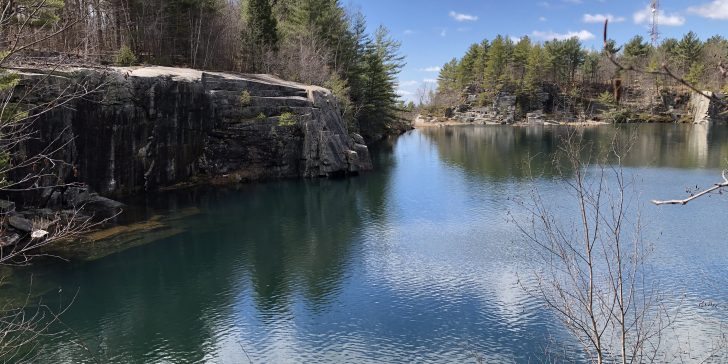 In the midst of rapidly changing directives surrounding the cononavirus response, more people are taking walks around the roads less traveled — or even the roads well traveled. Avoiding frost heaves and the occasional pothole, there are bound to be views one doesn’t see or note while driving or even biking. Here are a few from a recent stroll.
If you grew up in the Augusta area in the 1960s, 70s or 80s, you may have spent a lot of time here swimming and having fun with friends.
Readers — do you know where this is? [Answer is at the bottom]. 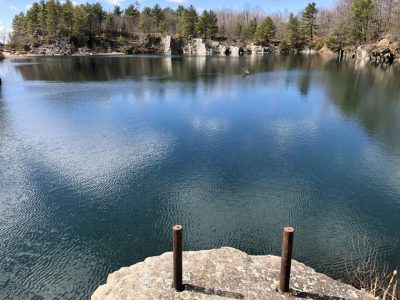 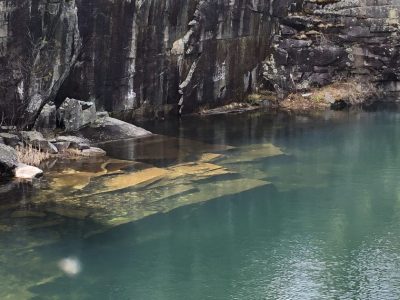 This view shows the Hallowell quarry on Granite Hill Road. The quarry opened in 1828 and granite from it was used to build the nearby State House in Augusta. Work at the quarry stopped in the middle of the last century, and it filled with water, becoming a swimming and party spot for generations of area teens. It became a working quarry again for a few years, beginning in 2010, but is no longer in use and filled again with water.