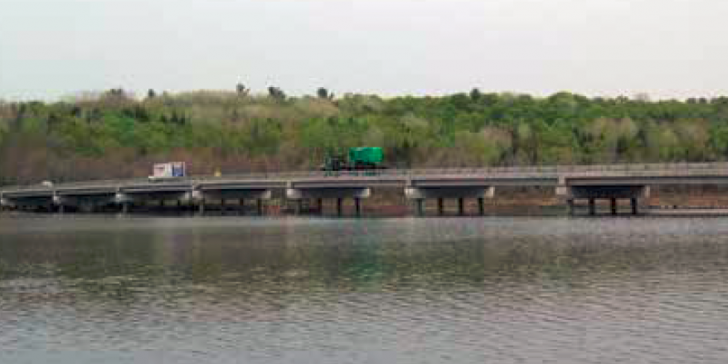 AUGUSTA – The Sibley Pond Bridge will be renamed the William Harris Memorial Bridge after the Legislature passed a bill to rename it. The bridge connects Canaan and Pittsfield.
“Mr. Harris was a proud and humble World War II veteran and Prisoner of War. Like so many of our WWII veterans, he returned home and got right back to work. In his case, it was for the Maine DOT,” said Rep. Donna Doore, D-Augusta, who sponsored the bill. “It is such a privilege to have sponsored this piece of legislation to honor him and his legacy.”
Born in Canaan May 10, 1924, Harris graduated from Madison High School. He served in the 8th Air Force during World War II. On July 6, 1944, he was shot down over Germany and was a prisoner of war until May of 1945. According to the National Archives, Harris was held at the Stalag Luft 4-Gross Tychow prisoner of war camp.
On Feb. 6, 1945, thousands of prisoners of Stalag Luft 4-Gross Tychow were sent out on a march through Germany, which became known as the “Death March Across Germany.” Allied POWs, like Harris, were forced to march in extreme winter conditions for months. Based on the records available through the National Archives, Harris was moved at some point to Wobbelin Concentration Camp in Ludwigslust. When the 9trh Infantry Division and 82nd Airborne Division entered Wobbelin in early May of 1945, they found the conditions included little water and food, many of the prisoners suffering from starvation and disease and approximately 1,000 had died in camp.
Harris returned to the United States and earned a degree in civil engineering at the University of Maine in 1949. He worked for the Maine Department of Transportation where he became a resident engineer in charge of highway construction projects. In 1953, he became a registered professional engineer of design, a position he held for 18 years until he retired.
Harris was named the Outstanding Civil Engineer of Maine in 1989 by the Maine Section of the American Society of Civil Engineers for the layout and design of the Interstate highway system in Maine. The same year, he received the David H Stevens Award, presented by the Maine Department of Transportation, for his demonstration of transportation excellence.
Harris passed away June 6, 1991, in Augusta and was buried in his hometown of Canaan.
The law will go into effect on June 16, and when safe and appropriate to do so, given the COVID-19 pandemic crisis, MDOT will provide appropriate signage that will be visible to everyone.