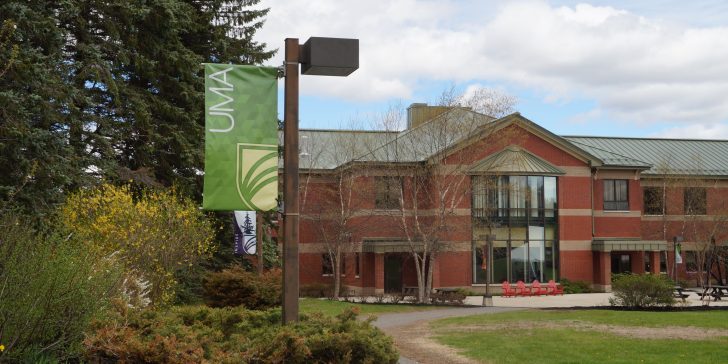 AUGUSTA — The Maine State Forum series will host Maine Secretary of State Matthew Dunlap 6 p.m. Wednesday, March 25, at the University of Maine at Augusta’s Fireside Lounge in the Randall Student Center, 46 University Drive. Dunlap will discuss the many areas overseen by his department and discuss related topics of interest with those in attendance. This event is free and open to the public.

A specifically designated official in the Maine Constitution, the Secretary of State oversees a number of constitutionally and statutorily designated areas that touch the lives of nearly every Maine citizen, including all statewide elections, motor vehicle registration, driver licensure, corporate filings, and archival document retention.
During his presentation at the Maine State Forum, Dunlap will touch upon these duties and engage with those in attendance on a variety of related topics, including Maine’s voting process, REAL ID, and Maine’s Bicentennial.
The Maine State Forum invites prominent Maine policymakers to speak at the University of Maine at Augusta on topics of interest to the Maine community. The question and answer format after the presentation allows attendees to learn and interact with policymakers. The program is coordinated by assistant professor Sharon McMahon Sawyer of the Justice Studies Department.
Dunlap of Old Town was elected by the state legislature to serve as Maine’s 47th and 49th secretary of state. On Jan. 8, 2019, he began his fourth consecutive and seventh overall term in office. He previously served three terms as Maine’s 47th Secretary of State and is the first person to serve non-consecutive terms as Secretary of State since 1880.
Secretary Dunlap’s career in public service began with his election to the Maine House of Representatives in 1996. During eight years in the legislature, he served three terms as house chairman of the Joint Standing Committee on Inland Fisheries and Wildlife.
Dunlap is a founder and vice-president of Maine’s Youth Fish and Game Association and is president of the University of Maine ‘M’ Club. He is a monthly columnist for the Northwoods Sporting Journal and a member of the Outdoor Writers Association of America and the New England Outdoor Writers Association.
In 201, he served as executive director of the Sportsman’s Alliance of Maine. He is a former commissioner on the Maine Wabanaki-State Child Welfare Truth and Reconciliation Commission and served as a member of the national Presidential Advisory Commission on Election Integrity.
For additional information about the Secretary of State’s Department, visit www.maine.gov/sos/.