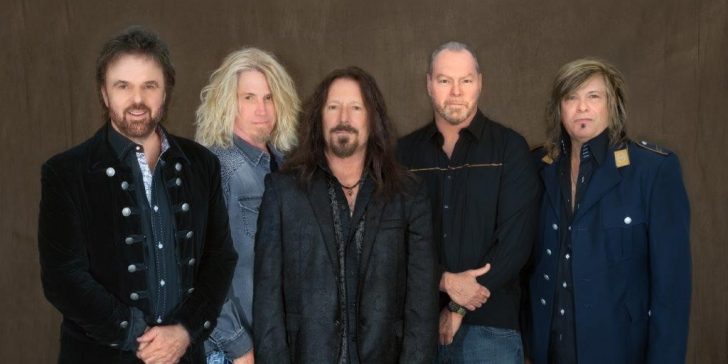 RANGELEY — Rangeley Health and Wellness and radio station Frank 107.5 will present a fabulous night of music at the Rangeley Wellness Pavilion, 25 Dallas Hill Road, featuring 38 Special along with special guests The Guess Who, Saturday, July 25.
This has been proven to be one of the best venues around to enjoy a summer evening with family and friends. Proceeds from the benefit concert help support vital health and wellness programs and services provided by RHW to the residents and visitors of western Maine.
After more than four decades together, 38 Special continues to bring a signature blast of Southern rock to more than 100 cities a year. At each and every show, thousands of audience members are amazed by the explosive power of the band’s performance.
Their many gold and platinum album awards stand in testament to the endurance of a legendary powerhouse. With sales in excess of 20 million, most associate the band with their arena-rock pop smashes, “Hold On Loosely,” “Rockin’ Into the Night,” “Caught Up in You,” “Fantasy Girl,” “If I’d Been the One,” “Back Where You Belong,” “Chain Lightnin’,” “Second Chance,” and more — timeless hits that remain a staple at radio, immediately recognizable from the first opening chord, and paving the way to their present-day touring regimen.
Guitarist/vocalist Don Barnes says it’s all about maintaining that intensity in their live shows.
“We never wanted to be one of those bands that had maybe gotten a little soft or complacent over the years. We’re a team, and it’s always been kind of an unspoken rule that we don’t slack up, we stack up. We go out there every night to win.” Completing the team is bassist Barry Dunaway, drummer Gary Moffatt and keyboardist/vocalist Bobby Caps. The most recent addition to the band is legendary virtuoso guitarist and vocalist Jerry Riggs. For 38 Special onstage, it is a celebration of camaraderie and brotherhood, a precision unit bringing the dedication and honesty to a long history of classic songs, as well as surprisingly fresh new material. Since 1976, the band has released more than 15 albums, and from the start, they’ve toured relentlessly, bringing their signature brand of ‘muscle and melody’ to fans worldwide.
“This music keeps our wheels on the road. We’re a band that’s tried to stay honest with what has driven us over the years, ” Barnes adds. “We started out with nothing but bold determination to make our own history and to endure. Looking back now, it has been our greatest pride to have persevered and attained that level of success and longevity. For us, it’s the ultimate validation.” “The magic’s still there,” adds Barnes. “It’s an emotional high for us to keep ‘bringing it’ after all these years. When those lights go down and we all walk up those steps to the stage and hear that crowd roar, it’s a real rush to the head. It feels like we’re getting ready to strap ourselves in and it just takes off from there.”
Special guests for this amazing evening are none other than The Guess Who, a group that’s connected with the masses throughout an exultant hit parade spanning 14 Top 40 hits, including “These Eyes,” “Clap For the Wolfman,” “Hand Me Down World,” “No Time,” “Star Baby” and “Share the Land.” Add in fellow classics and double-sided singles like their #1 rock anthem “American Woman” and “No Sugar Tonight,” plus “Laughing” and “Undun,” and the Canadian-bred stateside conquerors are amongst music’s most indelible treasures who are eternally etched within the very fabric of pop culture history.
As the house lights fade and the stage spots flair, the sounds of rock and roll with classic sensibilities and progressive nuances permeate the crowd. At first a familiar chord strikes everyone’s attention, then comes a catchy chorus followed by a memorable solo or remarkable moment of improvisation. Such an ear-pleasing arsenal carries into a non-stop evening of precise performance taking fans on a roller coaster ride of electric instrumentation, timeless balladry, unpredictable jamming and the ultimate sing-along experience. It’s a position held by a troupe of true musical luminaries who through over five decades in show business have been loaded with more hits than members can count, record sales well into the multi- millions and more drama than a VH1 “Behind the Music” episode and an E! “True Hollywood Story” documentary combined.
“You’re going to see an excellent version of the songs and hear exactly how they should sound or be played,” verifies founding member and original drummer/songwriter Garry Peterson. “We’re coming at a new generation of fans who are seeing how the band can execute with enthusiasm, and we’re also making sure the respect level remains at an all-time high for how the music was initially recorded and remains at an all-time high for the fans who have been with the band from the beginning.”
Joining Peterson onstage are veteran musicians keyboard player/flutist Leonard Shaw, lead guitarist Will Evankovich, bass legend Rudy Sarzo, and lead vocalist/guitarist Derek Sharp. Together the quintet annually launches an ambitious North American tour to adoring audiences and selling out venues with their awe-inspiring execution, deft meticulousness and decades of radio penetrating smashes.
This is the 13th concert for the fitness center. Previously featured bands and artists include Foreigner, the Beach Boys, the Doobie Brothers, Josh Turner, Clint Black, Gregg Allman, Kenny Loggins, Travis Tritt, Creedence Clearwater Revisited, Starship, the Steve Miller Band and Marty Stuart to name a few. Tickets for the RHW benefit concert go on sale May 6 and can be purchased at ticketweb.com or by calling 207-864-4397. General admission tickets are $55, premium seating $150 and VIP tickets are $250. For information about the show, or to become an event sponsor, please visit our website at www.rrhwp.org or call 207-864-4397.

PHOTO: 38 Special will be the featured act at the Rangeley Health and Wellness annual benefit concert July 25. (Submitted photo)