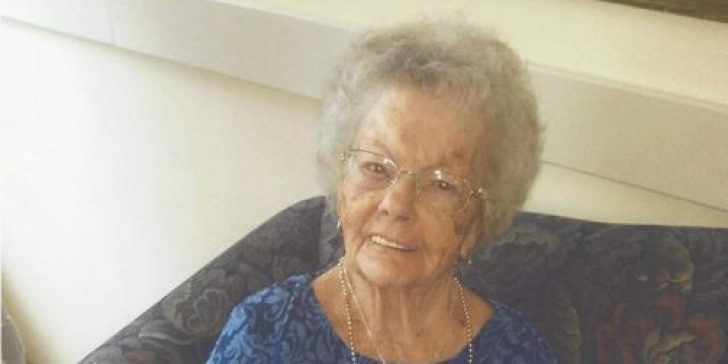 HALLOWELL — Cecile Claudia LeClair will celebrate her 106th birthday Thursday, Jan. 23. She was born in Augusta, the daughter of Polycarp LeClair and Virginia Parquette. At the age of 5, she and her sister went to live with their father in St. Ephrem de Beauce, Que. She was raised by her father and grandparents until the age of 18. She has always lloved music and was an avid piano and violin player. On a weekly basis, neighbors and friends would gather at individual homes to play, sing and dance. These were extremely memorable years for her.
Paré’s father was a carpenter, painter, barber, church sexton and all-around jack-of-all-trades, all while running the family farm. He managed all this with the help of his beloved daughter, who was always by her father’s side to lend a hand. A younger sister, Madora, died at age 8 as a result of contracting diphtheria.
At age 18, Paré returned to Augusta and worked as a nanny and a chamber maid in private homes, local hotels and motels and a hospital. She saved everything she could and put it in a Hope Chest for the future.
On Dec. 27, 1937, she married Wilfred E. Paré Sr., and they soon bought a home on Lafayette Street. They had six children — Gerard Paré of West Gardiner, Wilfred Paré Jr. of Augusta, Rita Avery of Lisbon Falls, Theresa O’Clair, of Augusta, Richard Stewart of Oxford, and the late Arthur “Albert” Paré, formerly of Bath. She has 13 grandchildren, 19 great-grandchildren, and 24 great-great-grandchildren.
Paré has enjoyed telling jokes and stories from her youth. On trips to Connecticut with senior groups, participants would be entertained on the bus when tour guides would turn the microphone over the her to entertain the audience.
Paré now resides at Woodlands Senior Living in Hallowell, having moved there in 2015. She enjoys relatively good health and gets around her building with the help of a walker. She loves being around family, friends and music, has a great appetite and looks forward to daily visits from her daughter, Theresa, and son, Emile.