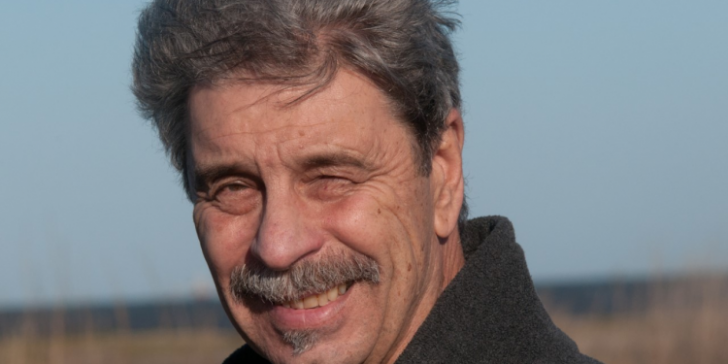 LEWISTON — The city’s Franco-American Collection will host novelist Ernest Hébert — the first featured writer of the FAC’c five Meet-A-Franco-Author programs — 7 p.m. Monday, Sept. 23 in Room 170 at Lewiston-Auburn College of the University of Southern Maine, Westminster Street. The events are free of charge.
“Ernest Hébert is the author of twelve published books,” according to Franco-American Collection program chair and board member Denis Ledoux “His titles include the critically acclaimed “Darby Chronicles”– seven novels of life, death and laughs in the small fictional town of Darby, N.H.”
Hébert was born in Keene, N.H. In his early years, his parents and relatives spoke French, his sole language until he started kindergarten, and began to adjust himself to an English-speaking world. Hébert’s program on Sept. 23 will feature reading from his as-yet unnamed memoir, which turns his attention on these early years.
After years as a journalist, Hébert parlayed the success of his novels into a teaching career. He is professor of English emeritus in creative writing at Dartmouth College and is the first faculty member to be tenured as a fiction writer at Dartmouth.
According to Ledoux, “Our Meet-A-Franco-Author programs depart from our previous curatorial focus. With this series, we step into the creative present all the while continuing to maintain and enhance our role as keepers of the Franco story for future generations. We have built in a Q-and-A session,” he added, “so that the audience will have time to engage in conversation with Mr. Hébert about his experience as a Franco and as a Franco writer.”
The new Meet-A-Franco-Author programs are free of charge and open to the public. All programs will be held on Mondays at 7 p.m. in Room 170 at Lewiston-Auburn College of the University of Southern Maine, Westminster Street.
The rest of the series includes:
Nov. 25 — Suzanne Pelletier, well known in the area as a poet and community supporter, will read from her previous book of poetry “Immigrant Dream,” as well as from her second book, “This Unheeded Eden.” Pelletier has been active on the boards of many area organizations.
Feb. 24 — Steven Riel, editor-in-chief of the Franco-American literary e-journal “Résonance,” has served as poetry editor of RFD Magazine from 1987 to 1995. Riel, the author of numerous poetry collections, was selected as a 2016 Fellow by the Lambda Literary Foundation and named the 2005 Robert Fraser Distinguished Visiting Poet at Bucks County (PA) Community College. He holds an MFA in poetry.
March 23 — Ron Currie Jr.’s first book, “God is Dead,” was published in 2007, earning Currie the Young Lions Fiction Award, from the New York Public Library, as well as the Metcalf award from the American Academy of Arts and Letters. Critics praised the book’s daring mix of dark humor and earnest sentiment.
April 27 — Franco-American researcher and writer David Vermette, who has studied the history and identity of the descendants of the French in North America, will speak about his flagship book — “A Distinct Alien Race: The Untold Story of Franco-Americans.” — The book follows more than 25 years of passionate inquiry into everything concerning the descendants of North American French people’s history and identity.
Each presenter will read and speak for 30 minutes and then entertain questions for 15-20 minutes. Each has graciously agreed to remain for informal conversations with audience members. Writers will also make books available for sale for you to stock your Franco library.
Information on becoming a member of the Franco-American Collection also will be available. For more information, visit www.thememoirnetwork.com or call 207-353-5454. 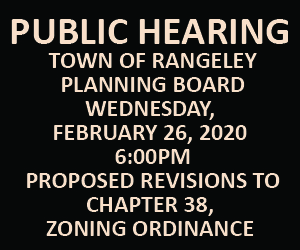