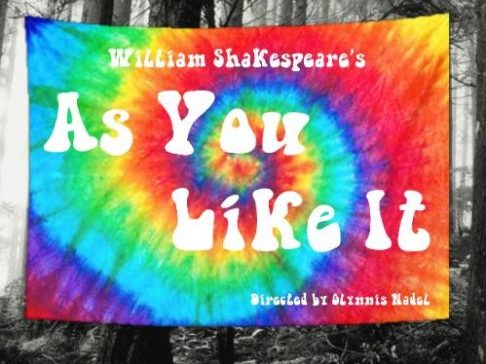 LEWISTON — Shakespeare’s “As You LIke it!” will be performed as the Shakesepare in the Plaza show from Aug. 22 through 25, presented by Gypsy Lew Theater Company and the Lewiston Public Library.
The free shows are at 7 p.m. on Thursday, Aug. 22; Friday, Aug. 23; Saturday, Aug. 24; and Sunday, Aug. 25, at Dufresne Plaza.
Those attending should bring blankets or chairs to sit on.
The delighful and hilarious tale begins when Rosalind, the daughter of a banished duke, falls in love with Orlando, the disinherited son of one of the duke’s friends. However, she is banished from the court by her usurping uncle, and takes on the appearance of a boy, calling herself Ganymede. She flees with her cousin Celia and the jester Touchstone to the Forest of Arden, where her father and his friends live in exile.
The performance is set in the groovy 1970s, and follows the group of banished and runaway misfits who find love, friendship and themselves in the forest of Arden.
In the event of rain, the performance will will be held in Callahan Hall at the Lewiston Public Library, 200 Lisbon St.
Call 207-513-3135 or email lplreference@gmail.com with questions.