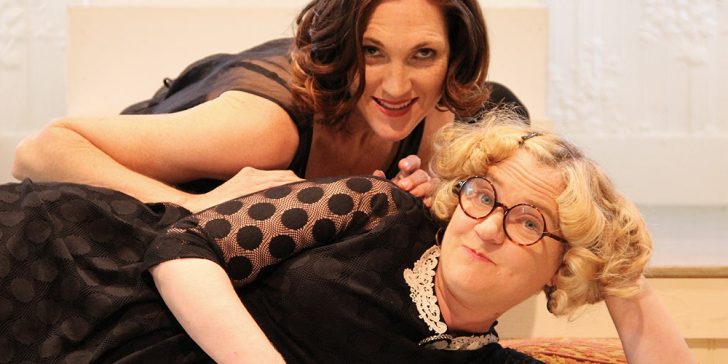 FARMINGTON — There will be a performance of “The Millay Sisters Cabaret” Saturday, Aug. 3, at Old North Church, 118 High St., presenting the story of Edna St. Vincent Millay and her sisters.
The performance is after the oepning act, a musical performance of “Love is not All: Six Poems by Edna St. Vincent Millay,” which starts at 7 p.m.
In the feature show, Norma Millay shares the story of growing up in Camden with her sister Vincent. Through Norma’s eyes, the audience will witness Vincent’s life and work in vivid detail, beginning with her upbringing when she was, at times, left alone by her working single mother and put in charge of her two younger sisters — Norma and Kathleen. In their household, literature, music and creative independence were stimulated, and Vincent and Norma grew especially close while Kathleen was both cherished and challenged in the shadow of her famous sister.
The music and songs in the performance are drawn from the “American Songbook.”
Rachel Murdy and Margi Shaw Douglas conceived and created “The Millay Sisters Cabaret” 12 years ago to keep the spirit and the words of Millay alive.
As an opening, soprano Christien Beeuwkes and accompanist and composerr Dana Maiben will give the premiere performance of a song cycle by Maiben, “Love is Not All — Six Poems by Edna St. Vincent Millay.” The musical settings of the songs draw on styles that would have been familiar to Millay, from neo-classical to Broadway and jazz.
Beeuwkes holds a performance degree in voice from the Longy School of Music of Bard College, and plays cello and viola da gamba. Both Maiben and Beeuwkes performed in “Concerto Incognito” in Farmington two years ago.
There will be a short break with refreshments between the opening and main performance. For more information, visit artsfarmington.org or call 207-587-2361.