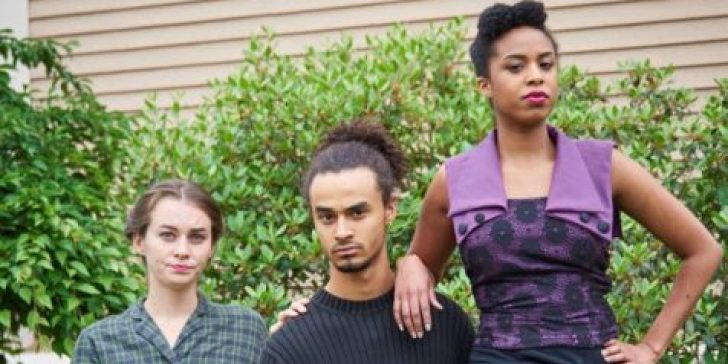 MONMOUTH -The Theater at Monmouth’s produciton of “Hamlet,” will open Thursday, July 18, and run through Aug. 17, including matinee and evening performances on both weekdays and weekends.
In the wake of his father’s abrupt death, Hamlet returns home to find his personal and political world turned upside down–his mother remarried, his uncle on the throne, and a world seemingly gone insane. When his father’s ghost appears and demands vengeance, the desperate Danish prince must decide: submit or resist. Accept or avenge. Live or die.
The story of Prince Hamlet’s search for meaning and justice in a world beyond his control has fascinated audiences and actors alike for more than 400 years. Hamlet rebels against ageism and dogmatic authority while struggling to accept the loss of his father and understand his place in this world. Of the Mad Men-inspired adaptation, director Dawn McAndrews explains, “Setting the play in the late 50s amidst the corporate hierarchy and gender and race politics of the time supports the play’s driving focuses on the dynamics of interpersonal relationships and the tenuous power of the state.” In TAM’s production, the royal family is inspired by the Johnson Publishing Company whose magazines Ebony and Jetcelebrated African American life and culture by portraying black life, refuting stereotypes, and inspiring readers to overcome racial and other barriers to success.
Hamlet features Jaron Crawford as Hamlet; Lawrence James as Claudius / Ghost; Amber Baldwin as Gertrude; Kara Green as Horatio / Player Queen; Mark S. Cartier as Polonius / Sailor; Robert Najarian as Laertes / Player King; Robbie Harrison as Rosencrantz; Quinn Corcoran as Guildenstern; Caitlin Duffy as Ophelia / Young Osric. Sets design by Jim Alexander, costume design by Elizabeth Rocha, lighting design by Jennifer Fok, fight choreography by Robert Najarian, and sound design by Rew Tippin.
For ticket, schedule and other information, visit www.theateratmonmouth.org, email the box office at boxoffice@theateratmonmouth.org or call 207-933-9999 after 11 a.m.