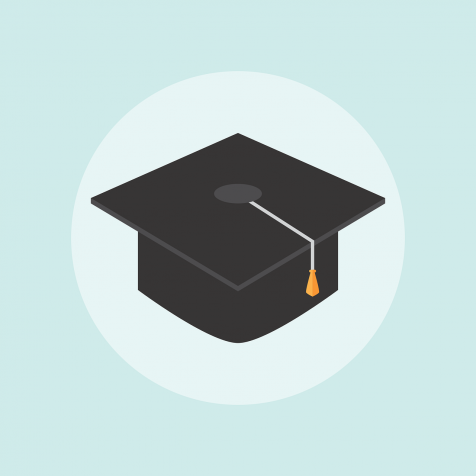 WINDHAM — The University of Maine at Augusta held graduation exercises on May 1 at the Maine Correctional Center.

During the ceremony, nine associate degrees and two bachelor’s degrees were conferred by UMA President Rebecca Wyke.
The ceremony included remarks by Wyke and Commissioner of the Department of Corrections Randall Liberty.
“We applaud the commitment of these men to turn their lives around through the power of education UMA is proud to partner with the Department of Corrections and pleased to honor the accomplishments of these graduates,” Wyke said.
Fred Van Liew, a restorative justice advocate, delivered the keynote address. Van Liew is an attorney, mediator and justice consultant, and a restorative practices coordinator with the CENTER FOR RESTORATIVE JUSTICE in Portland. A former career prosecutor with the Polk County Attorney’s Office in Des Moines, Iowa, he has been involved in restorative justice practices since the 1990’s and recently published “The Justice Diary: An Inquiry into Justice in America.”
UMA began providing educational opportunities at the Maine State Prison in 2006 and the program was expanded in 2017 to the Maine Correctional Center in Windham through a Second Chance Pell Grant program.
“As a department we recognize the immense value of education. When incarcerated individuals take the initiative to prioritize their education while with us, as these 11 individuals have done, we celebrate their accomplishments,” Liberty, a UMA graduate, said.
“At the heart of UMA’s mission is a commitment to transform the lives of its students, regardless of age or background,” said Wyke. “It is not enough for us to say we believe in the power of education to transform lives, we must demonstrate it.”
Citing the 2013 RAND Corporation meta-analysis on education in prisons, Liberty pointed out that the importance of education goes beyond the benefit to the individual.
“When offenders engage with correctional education they have 43 percent lower odds of recidivating than those who don’t,” he said. “Reduced recidivism benefits families, communities, and our Maine economy. The benefits are far reaching.”
The Vera Institute of Justice, a think tank dedicated to building and improving a justice system that ensures fairness, promotes safety and strengthens communities, is a partner in the push for greater education at Maine’s correctional facilities. As Vera reports, the success of college education in prison depends on the “quality of partnerships between college and correctional agencies.”
A strong partnership between DOC and UMA seems to be exactly what has developed, UMA said in a news release. Over the years many faculty involved in the collaboration have seen firsthand how education transforms the incarcerated. The graduation on May 1 was a celebration of this powerful impact of education, the release said.