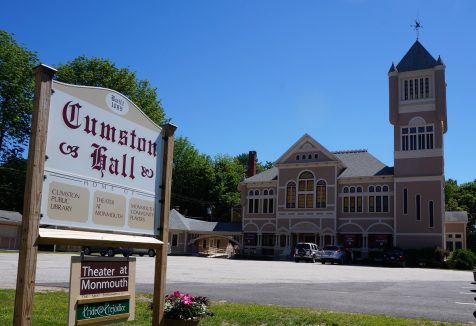 MONMOUTH — The Theater at Monmouth this summer celebrates 50 years with its “What Dreams May Come Season,” with shows beginning June 22 and running into the fall.

The 2019 summer repertory includes Shakespeare’s “Merry Wives of Windsor,” directed by Catherine Weidner and “Hamlet,” directed by Dawn McAndrews; Joe Kinosian and Kellen Blair’s “Murder for Two,” directed by Adam P. Blais; Ken Ludwig’s “Baskerville: A Sherlock Holmes Mystery,” directed by Matthew Arbour; and Lynn Nottage’s “Intimate Apparel,” directed by Josiah Davis.
The family show for 2019 is “The Jungle Book,” adapted by Greg Banks and directed by McAndrews.
The summer season opens June 22 with “Murder for Two,” and the family show, which is produced all summer, opens June 29.
The fall show, which opens Sept. 13, is Jane Austen’s “Sense and Sensibility,” adapted and directed by McAndrews.
“It’s been my personal mission to foster a more diverse, more inclusive, more welcoming environment for audiences and artists alike,” saod producing artistic director McAndrews in a news release announcing the shows. “To educate young minds, engage patrons with new and differing points of view, and to program seasons that represent a range of perspectives, beliefs, and circumstances.”
Performances are in Cumston Hall, a 250-seat Victorian opera house designed by Harry Cochrane. Since its founding, the theater has rehearsed and performed in rotating repertory, inviting audiences to see the actors in different roles in different shows in one weekend. Each of 2019’s productions features artists “from away” and “made in Maine,” as well as both newcomers and TAM favorites, including Mark S. Cartier, James Noel Hoban and Bill Van Horn.
The theater offers special rates or subscriptions for seniors, groups, those under 30 and educators. For information and a detailed schedule, visit www.theateratmonmouth.org or call the box office at 207-933-9999.
Finde the theater on Facebook at www.facebook.com/TAMonmouth, follow on Twitter at http://twitter.com/TAMonmouth, and view photos on Flickr at https://www.flickr.com/theateratmonmouth.