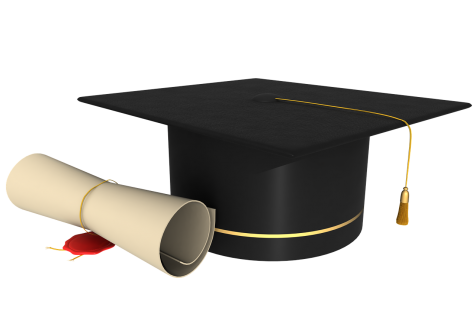 AUGUSTA — The University of Maine at Augusta held a graduation exercise on Jan. 15 at the Maine State Prison in Warren, awarding 14 associate degrees and six bachelor’s degrees.
The ceremony included remarks by Deborah Meehan, executive director of UMA Centers and UMA Rockland Center Director and Acting Commissioner of the Department of Corrections Randall Liberty.

The graduates were also addressed by Attorney General Aaron Frey and Joe Jackson, a former Maine State Prison inmate who, during his incarceration received an associate and bachelor’s degrees from UMA. He is employed as the executive director of the Maine Prisoner Advocacy Coalition.
In addition, two student speakers were part of the program.
UMA began providing educational opportunities at the Maine State Prison in 2006. Funding for the program, which has awarded more 100 degrees since its inception, began with the Doris Buffett Sunshine Lady Foundation.
“Providing educational opportunities at the Maine State Prison furthers our commitment to make a college education accessible to all,” said UMA President Rebecca Wyke. “These men have committed to turning their lives around through the power of education. UMA is proud to partner with the Department of Corrections and excited to honor the accomplishments of the twenty graduates.”
“The Department of Corrections is more prepared and motivated than it has ever been to support and encourage offenders to set off on a path of educational attainment,” notes acting Commissioner Liberty a graduate of UMA himself.
“At the heart of UMA’s mission is a commitment to transform the lives of its students, regardless of age or background,” said Wyke. “It is not enough for us to say we believe in the power of education to transform lives, we must demonstrate it.”
Citing the 2013 RAND Corporation meta-analysis on education in prisons, Liberty pointed out that the importance of education goes beyond the benefit to the individual. “Education in prison contributes to public safety. Individuals engaged with correctional education are shown to have 43% lower odds of recidivating than those who don’t. Reduced recidivism benefits families, communities and our Maine economy.”
The Vera Institute of Justice, a think tank dedicated to building and improving a justice system that ensures fairness, promotes safety and strengthens communities, is a partner in the push for greater education at the Maine State Prison. As Vera reports, the success of college education in prison depends on the “quality of partnerships between college and correctional agencies.”
Over the years many faculty involved in the collaboration have seen firsthand education transform the incarcerated. The graduation on Jan. was a celebration of the powerful impact of education.
Others in attendance were UMA faculty, UMA deans, Department of Education commissioner (acting), Sunshine Lady Foundation members, members of the Maine Legislature, and members of the MSP Board of Visitors.