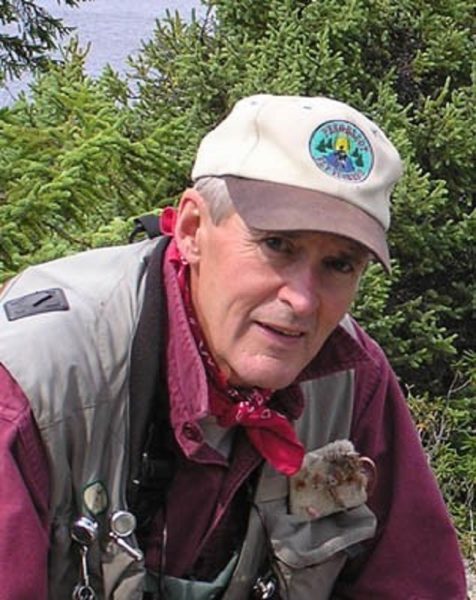 Having once been dubbed “an odd duck” in a loving way by the wife of one of my closest friends, I shouldn’t wonder that, for some perverse reason, it tickles me when my writing lights the fires of provocation — the hotter the better!

A recent column I wrote about the increasing interest in the use of crossbows by Maine hunters drew this email response from an Ellsworth man, who will remain nameless.
“With regards to the contraption in the picture in your article about crossbows: that looks like just the thing for the mighty nimrod with no sense of history who failed to get his deer with his plastic camo-stocked .338 Winchester or with his similarly equipped inline stuffed with three pellets, a saboted pistol bullet, and touched off with 209 primers, all with 10X scopes. What’s next? A breech-loading, repeating, crossbow? Ooops, Leonardo DaVinci already designed one back in the 1600’s. I’d be curious to read how many similar sentiments you get to that article in your next one.”
Although my article stopped short of glorifying crossbows, it did acknowledge that they do have a place in the Maine hunter’s arsenal, especially for an elder hunter or a disabled individual who cannot handle the pullback on a compound or traditional bow.
Clever sarcasm, like satire, is always a surefire way to drive home a truth. The annoyed Ellsworth man is not without allies when it comes to questioning technology’s pervasive impact on traditional hunting. Count me among them.
When I started deer hunting more than a half century ago, hunters wore old woolen trousers and coats. Most of us carried lever action 30-30s with iron or peeps sights. Our packs included a simple compass, a topographical map, perhaps, and some waterproof matches. Alone most of the time, we still-hunted into the wind or sat for hours on a cold stump.
What we didn’t have benefit of were: 1) Special camo clothing that locked in your scent; 2) High powered rifles with muzzle breaks, extra hot ammo, and state-of-the art optics; 3) Hand- held VHF radios or down- looking video drones that circled a thicket and tipped off the game’s location; 4) Pop-up ground blinds with heaters or tree stands with lazy boy rockers; 5) Terrain mapping GPS and emergency locator beacons; 6) Sophisticated six-place ATVs that will go just about anywhere in the woods.
“What’s next?” is a loaded question. The speed of the technological innovations boggles the mind. For example, here is a real head shaker. Sig Sauer is now marketing an Electro-Optics telescopic sight called a BDX. The hunter talks to the sight by inputting ballistics data from his phone app, dials in the range to target, connects the dot and pulls the trigger!
Audaciously, Sig Sauer bills this as “unprecedented simplicity.”
Granted, many of us hunters, young and old, like gadgetry for its own sake, but there comes a point when a dependence on technology defeats one of the reasons we hunt — freedom, a period of liberation from the hustle and bustle of the cell phones and computers. Spanish philosopher Jose Ortega Gassett called hunting “a few days of being Paleolithic.”
Of course, it can be argued that we reduce our quarry’s edge with too much technology. However, outdoor writer John Madson argues just the opposite. He asserts that wildlife’s edge “is likely to be enhanced by our increasing dependence on electronic gadgets and decreasing reliance on our legs, eyes, ears, patience, and the savvy that accrues from years of (hunting) experience.”

The author is editor of the Northwoods Sporting Journal. He is also a Maine guide and host of a weekly radio program, “Maine Outdoors,” heard Sundays at 7 p.m. on The Voice of Maine News-Talk Network. He has authored three books; online purchase information is available at www.maineoutdoorpublications.