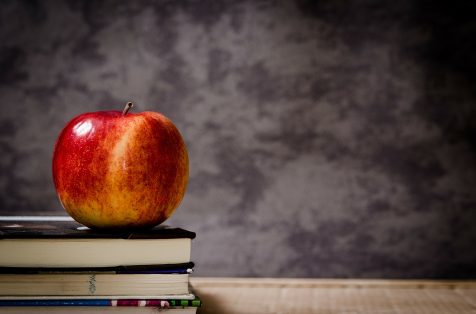 FARMINGTON — The NEA Foundation has announced that Dan Ryder, a Language Arts teacher at Mt. Blue High School, is one of 46 public school educators who will receive the California Casualty Award for Teaching Excellence at the NEA Foundation’s Salute to Excellence in Education Gala next February in Washington, D.C.

The California Casualty Awards for Teaching Excellence awardees are nominated by their peers for their dedication to the profession, community engagement, professional development, attention to diversity, and advocacy for fellow educators.
Each year, the Salute to Excellence in Education Gala draws almost 1,000 supporters of public education, and thousands more online, to applaud these awardees. At the gala, the educators are truly the stars, celebrated throughout the night with music, performances, videos, and more.
“We are delighted that during our 50th anniversary next year, we will celebrate the largest number of awardees in our history. These educators are keeping the promise of public education by creating learning opportunities for their students that are relevant and rigorous. They advocate for each other, the profession, and public education,” said Harriet Sanford, NEA Foundation President and CEO. “We deeply appreciate California Casualty’s partnership in recognizing these exemplary educators, and we look forward to honoring them next February on stage at the beautiful National Building Museum in Washington, DC and with virtual celebrations across the country.”
“We are glad to have the chance to show our respect and appreciation for the work of public school educators each year,” said Beau Brown, California Casualty CEO. “We applaud the great work of the California Casualty awardees.”
Of the 46 state awardees who were nominated by their National Education Association state affiliate, five finalists will be announced at the beginning of the school year and receive $10,000 at the gala. The nation’s top educator will be revealed at the gala on February 8, 2019 and receive an additional $25,000. The gala will be livestreamed atneafoundation.org.
The NEA Foundation and the National Education Association jointly present the awards.