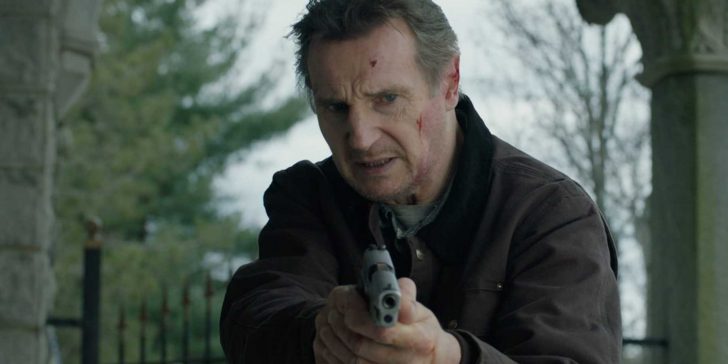 Just when you thought you wouldn’t be able to see the biggest stars back on the big screen for a while, here comes an unexpected treat for the fall season. “Honest Thief” just dropped into theaters unexpectedly with little promotion and plenty of slack to pick up at the box office. It’s going to take a big-name action star and a solid premise to get more people back into big-screen entertainment.
For many years, Tom (Liam Neeson) has been successfully robbing banks undetected, and the the media dubbed him the In-and-Out Burglar. But then he falls in love with grad student Annie (Kate Walsh), which got him to consider retiring from his line of work for a better life. So, he calls up Agent Barker (Robert Patrick) at the FBI to turn himself in and exchange a deal for a reduced sentence. Meanwhile, two other agents Nivens (Jai Courtney) and Hall (Anthony Ramos), assigned to the case, find $3 million of the $9 million in stolen loot in a storage unit. Nivens convinces Hall they should keep the money for themselves.
Just as the agents are about to kill the burglar for the rest of the money, Barker intervenes. He gets shot to death by Nivens before Tom can escape. Now, framed and on the run, Tom has to use all his skills to remain undetected and clear his name. When Annie’s life is also threatened, Tom uses an extra set of skills to expose the agents’ plan and set things right.
Unlike previous Neeson films, where drama takes a back seat to the action, this film makes the story’s drama the main showcase along with the action. The script does a fine job of finding the right balance between the two genres, so that each scene works to compliment this mashup without overlapping too much. It helps that you have a believable lead character along with a love story that helps drive the main character’s motivations. You’ll find yourself in suspense some of the time rooting for the thief to make the next move.
Though not as much action as the actor’s previous films, the sequences themselves aren’t all that disappointing. There’s a greater display of car action with chases being filmed in and around the city of Boston. As for the fight scenes, they’re few and far between with each of them lasting under a minute. But then there’s an exploding house scene that hilariously added CG fire straight out of a video game. With all that said, much of the action remains entertaining and what you expect from a mid-budget actioner.
Neeson once again commands the screen with equal parts emotional and intimidating intensity. He also brings much more humanity to the character than simply being a snarling, revenge-seeking action character. He and Walsh have very good chemistry as the two actors wonderfully deliver their romantic scenes. Courtney gets to have a little fun chewing scenery as the villain, while Donovan also brings the comic relief with much of his scenes including his pet dog. There’s some fun to be found in Honest Thief especially with all the action and the drama. It’s both your typical Liam Neeson action film with a heavy dose of suspenseful drama. It’s also one of the many reasons why it’s important to see films like this on the big screen.