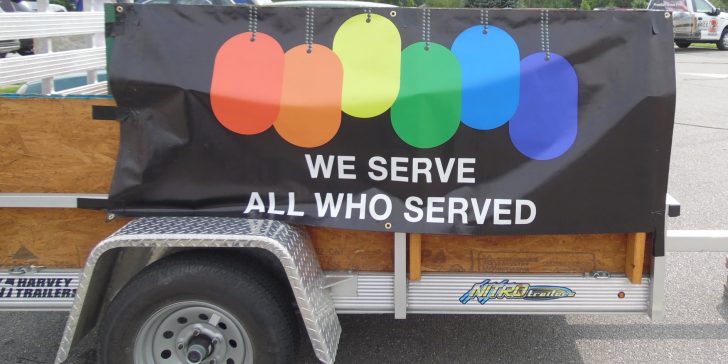 AUGUSTA — DAV celebrated its centennial anniversary and marked 100 years of service and support for America’s injured and ill veterans and their families on Sept. 25.
Since the time of its founding, DAV has stood as an organization of veterans serving veterans as they make the critical transition from military service to civilian life. Today, with a century of service and support under our belts and more than one million members in its ranks, DAV continues the fight to make medical care, employment, education and other earned benefits accessible to America’s four million disabled veterans, the organization said in a news release.
“Veterans need our help today, as much as they did 100 years ago,” the organization said. “They have earned the right to participate in the American Dream they helped to defend, and we will continue our work to help make that promise possible well into the future.”
DAV is a nonprofit charity that provides a lifetime of support for veterans of all generations and their families, helping more than one million veterans in positive, life-changing ways each year. Annually, the organization provides more than 600,000 rides to veterans attending medical appointments and assists veterans with well over 200,000 benefit claims. In 2019, DAV helped veterans receive more than $21 billion in earned benefits. DAV’s services are offered at no cost to all generations of veterans, their families and survivors.
“With nearly 1,300 chapters and more than 1 million members across the country, DAV empowers our nation’s heroes and their families by helping to provide the resources they need and ensuring our nation keeps the promises made to them,” the organization said.
The first DAV chapter was established in Maine on March 24, 1929. For more information, visit DAV.org.