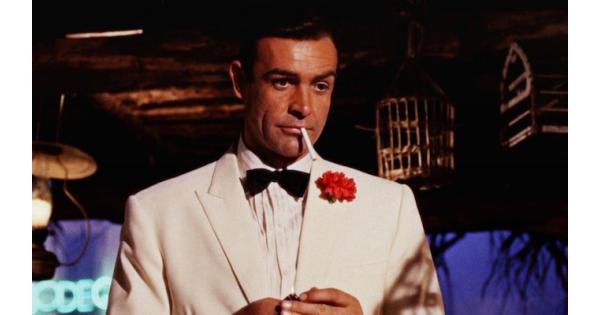 Originally scheduled to be released around April of this year, “No Time to Die,” the 25th film in the long-running James Bond 007 series was moved to November because of the ongoing threat of COVID-19 around the world.
While certainly upsetting to film fans awaiting the final 007 performance of Daniel Craig, the delay is also a reasonable one much like the other big-budget films of this year with studios hoping to release them in theaters at some point to recoup the money spent rather than releasing them on digital.
With that said, any time is perfect to revisit this series’ nearly 60-year history. Inspired by the original books by Ian Fleming, this popular franchise remains a cultural touchstone entertaining millions of audiences with their globe-trotting action, beautiful women, memorable villains, fantastic gadgets, and a character personified by six actors. If you don’t know what to watch first or want to know which are the best of the best, here are this critic’s list of personal favorites that greatly exemplifies why this series is still the best of its kind.

10. Live and Let Die (1973)
The first film with the third 007 actor Roger Moore puts the secret agent in the blaxploitation genre turning Fleming’s second Bond novel into a fun, stylish adventure for its time. Despite the dated look, the film has lots of highlights including a spectacular boat chase through the rivers of Louisiana, Jane Seymour in her film debut as the psychic Solitaire, and Yaphet Kotto in a dual role as the evil Kananga and heroin smuggler Mr. Big. The title song by Paul McCartney and Wings is also a major highlight still heard on classic rock radio, and it’s one of the best Bond themes of all time.

9. Skyfall (2012)
Craig’s third Bond film is the first of two directed by Oscar-winner Sam Mendes. This is the film that made the most unexpected changes to the formula while creating a compelling story of death, resurrection, and the mortality of a hero. Judi Dench finishes her seven-film reign as MI6 boss M with an incredible performance supported by the presence of Javier Bardem as the cunning Silva. The cinematography by Roger Deakins makes great touches with each scene of pure light and color. All in all, this series entry (with an instant classic, Oscar-winning title song by Adele) is also a solid masterpiece of action filmmaking.

8. From Russia with Love (1963)
Sean Connery named his second Bond film his personal favorite, something that many Bond fans can agree with. Not only does it help establish a lot of the important elements of the series including the debut of gadget-master Q (the late great Desmond Llewellyn), it’s also the quintessential spy film of the 1960s with intrigue, murder, and deceit fans of the genre have come to know and love. The fight onboard the Orient Express between Bond and Robert Shaw’s Grant is classic close-quarters combat ever filmed. One could see this film as the launching pad for Bondmania around the same time as the beginning of Beatlemania.

7. For Your Eyes Only (1981)
After Moonraker reached for the stars, producer Albert R. “Cubby” Broccoli with stepson Michael G. Wilson brought Bond back to Earth for an early 80s revival of the classic spy film of the 60s. The result is Moore at his most serious in a plot involving a tracking system, Russian assailants and personal vengeance. Though the pre-title sequence has Bond dangling from a helicopter remotely controlled by a past villain, the rest of the film plays it straight with some of Moore’s trademark humor and more intense action. It’s a sure-fire sign that the series can survive through the decades without the need for such excess.

6. Licence to Kill (1989)
Timothy Dalton received an unfair reputation as Bond #4 for only starring in two films. Regardless, he deserves praise for bringing the character back to his dark, lethal edge from the books. For his second and final film, he puts 007 in revenge mode against a powerful drug lord in a dramatic, action-filled pot-boiler. It’s also the most shocking entry, with a level of violence not seen since until the start of the Craig era. It’s certainly the most underrated Bond film starring the most underrated Bond actor of them all.

5. The Spy Who Loved Me (1977)
From its amazing pre-credit stunt sequence with Bond skiing off the edge of a mountain before opening his union-jack parachute, audiences in 1977 were in for some astonishing entertainment. Moore begins to feel more comfortable in the role while working with a beautiful Russian spy aptly named Agent XXX (Barbara Bach) to prevent a megalomaniac’s plan to destroy the world and battle the seven-foot, razor-steel teethed henchman Jaws (Richard Kiel). For his first film as solo producer, Broccoli gives it his “everything or nothing” to create the biggest Bond adventure of them all and the gamble pays off. Featuring the Oscar-nominated “Nobody Does It Better,” by Carly Simon, this is definitive 70s Bond where a lot of things pop and crackle with an extra snap.

4. Thunderball (1965)
Those in the know on the series would tell you about the history of Ian Fleming’s 1961 novel and the subsequent lawsuit involving producer Kevin McClory, which led to him producing the unofficial entry “Never Say Never Again” in 1983. But beyond that, this official film version brought Bondmania to its zenith that year by taking audiences to the sandy beaches of the Bahamas for spectacular underwater excitement. When you watch Connery fly with his jet pack from the French countryside, scuba-dive into shark-infested waters, and battle onboard a runaway ship; you are with him on a fast-paced charge through a ludicrously fun story. It also provides John Barry’s finest score in the franchise with an unforgettable title tune by Tom Jones. To be an audience member seeing it in the theater at that time would’ve been an exhilarating experience in of itself.

3. Casino Royale (2006)
Speaking of history, Ian Fleming’s very first 007 novel had previous incarnations on screen including a forgettable 1954 hour-long TV movie with Barry Nelson as Jimmy Bond, and the infamously, overly-bloated 1967 comedy spoof with an all-star cast so bad not even the presence of Peter Sellers and Orson Welles playing the main game could salvage it. But when Daniel Craig stepped in to play the new 007 in 2006, this gritty reboot was what audiences were ready for and they instantly embraced it. Going for more raw action and emotional drama, director Martin Campbell along with producers Michael G. Wilson and Barbara Broccoli stayed relatively faithful to the book while making sure everything’s done for real without much CGI unlike many other modern action movies. Plus, Craig plays Bond as a ruthless and emotionally conflicted creature that fits well with today’s audiences. If Fleming himself was alive, he too would’ve approved this new beginning for a popular franchise.

2. GoldenEye (1995)
In an earlier case of Campbell successfully rebooting Bond, this film sees the debut of Pierce Brosnan as the 007 for the 1990s. Though the Cold War already ended, that didn’t stop the filmmakers for coming up with a brilliant original story that takes Bond through the peril and deception of post-Soviet Union Russia. With the addition of Famke Janssen as sexy assassin Xenia Onatopp and Sean Bean being a formidable villain as ex-MI6 agent Alec Trevelyan, this film reinvigorated the series and succeeds as the ultimate Bond film for the Gen-X crowd. If you couldn’t be entertained by Bond chasing through St. Petersburg in a tank, there’s something wrong with you.

1. Goldfinger (1964)
If you’re looking for classic James Bond, look no further than the third Bond film starring Connery that’s truly a 24-karat gem. Everything about this film works when you put all the important elements together into one sweet package including the egotistical title villain (Gert Frobe), his strong henchman Oddjob (Harold Sakata), Honor Blackman as tough girl Pussy Galore, Shirley Bassey’s great title tune, and a scene with a laser aiming towards Bond. Let’s not forget the phenomenal gadget-laden car the Aston Martin DB5 that anybody would dream of having it to solve their traffic issues. It’s also an easy gateway for first time viewers as an example of what a James Bond film can be and where the series would evolve from there.

Some honorable mentions worth seeking out includes the very first Bond film, “Dr. No,” “On Her Majesty’s Secret Service” (with one-time Bond George Lazenby), “The Living Daylights,” “Die Another Day,” and the most recent “SPECTRE.” It’s very easy to find these films through means of streaming like iTunes or Amazon Prime, or through the experience of high definition Blu-Ray. No matter what you choose to watch, these films will surely keep you fully invested until this November.