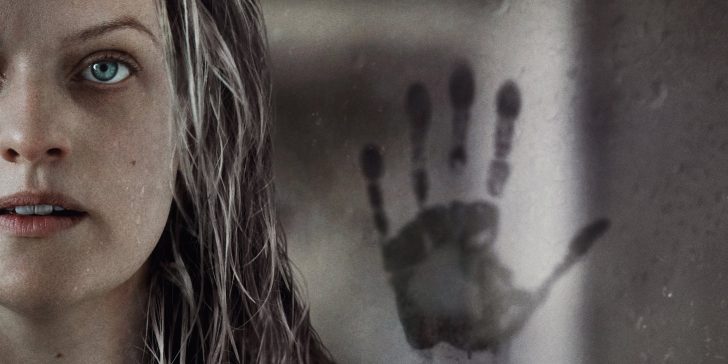 Universal tried twice in the past to create a shared universe with its classic monster legacy with films like “Dracula Untold” and “The Mummy,” with Tom Cruise, only to suffer box office losses. This time, they put it in the capable hands of Blumhouse Productions to create some new modern retellings, starting with a take on “The Invisible Man.”
The original 1933 classic starring Claude Rains featured then-revolutionary special effects and a horror story with a sense of humor. Let’s now see how writer/director Leigh Whannell, the creator of the “Saw” and “Insidious” franchises updates it for a new generation.
Cecilia Kass (Elisabeth Moss) is trapped in an abusive relationship with tech genius Adrian Griffin (Oliver Jackson-Cohen), who’s sociopathic and controlling towards her. One night, she manages to escape from her seaside mansion with her sister Emily (Harriet Dyer) before the guy can catch up to her. Two weeks later and now living in the home of her childhood friend James (Aldis Hodge) and his teenage daughter Sydney (Storm Reid), Cecilia is still on edge, not knowing if her ex will show up and get her. Then she gets news that Adrian committed suicide and his lawyer brother, Tom (Michael Dorman), gives her part of his massive fortune.
Though relieved, she starts to feel that her ex may not be dead after all after she witnesses a series of strange occurrences. Eventually, she realizes that Griffin had developed an invention that gives the user the ability to become invisible and could be using it to drive her insane. With no one else believing her, she must fight the invisible invader alone and prove she’s not insane.
Since it’s a Blumhouse production with a modestly low budget, this movie doesn’t try to be an extravaganza, but instead opts to tell it from the victim’s perspective. It’s a nice change of pace from the other horror remakes, while successfully finding a way to make the antagonist scarier. The title character becomes a timely reminder of how evil can appear unexpectedly while we’re at our most vulnerable. Especially when we felt safe anywhere, anything that’s evil and invisible to the human eye can show up out of nowhere and bring both terror and paranoia to our society.
The filmmakers also devise a more economical approach by creating quiet and intense suspense helped by slow buildup. It works very well for the story, but some viewers may find the pacing pretty tedious. Though it’s enjoyably suspenseful, the script has some questionable logistical moments the more you think about it. Some viewers will be heads and tails over the ending that’s up for debate, but it certainly connects with the film’s overall tone.
With the movie going “less is more,” it’s Moss who carries the film giving us a convincing performance of a battered woman finding enough courage to battle a literal monster. The physical and emotional endurance she puts herself through is truly commendable especially for the horror genre. She’s supported by a good supporting cast, who don’t do much but react to what she’s reacting about.
One might see this year’s “The Invisible Man” as one of the better horror remakes, or simply the perfect breath mint after the nasty taste of the Dark Universe. Either way, it’s a nicely done attempt at bringing a classic monster story to the modern age and retell it in a unique and different way. It would be interesting to see what they’ll do next with the likes of “Dracula,” “Frankenstein,” “The Mummy” or “The Wolf Man.” But for now, let the monsters have their rest until the Halloween season.
THE MOVIE’S RATING: R (for some strong bloody violence and language)
THE CRITIC’S RATING: 3.25 Stars (Out of Four)