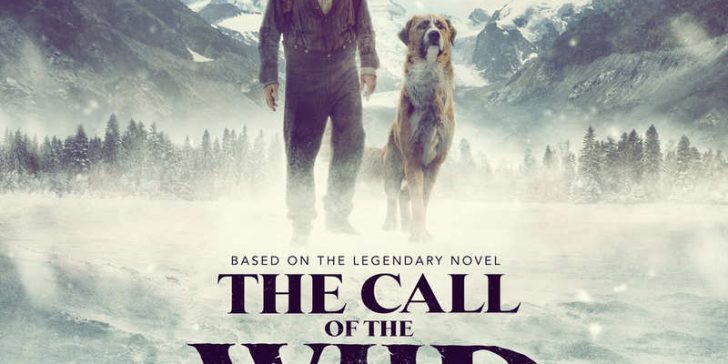 The first film under the Disney-owned-20th Century Fox is the newly branded 20th Century Studios is the new film version of Jack London’s 1903 novel “The Call of the Wild.” Since it’s directed by acclaimed animation director Chris Sanders from DreamWorks’ “How to Train Your Dragon.” and “The Croods,” it makes sense it would follow the same Disney mentality of making sure your live-action retelling of a classic story has more animation inserted into your film than necessary. But while it does work for audiences who flocked to see “The Jungle Book” and “The Lion King,” does it work the same way for this film?
Once a house pet to Judge Miller (Bradley Whitford), a big dog named Buck (performed by motion capture actor Terry Notary) lives a spoiled life and his playfulness often gets him into trouble. One night he’s abducted and shipped to Alaska to become a sled dog for mail carriers Perrault (Omar Sy) and Francoise (Cara Gee). Soon enough, Buck starts to learn about survival in the harshest of environments, including sizing with alpha leader Spitz.
Upon arriving at a small town near the Klondike River for a stop, Buck and his team are separated from their owners before ending up in the hands of greedy Hal (Dan Stevens) and his wife Mercedes (Karen Gillan) who are looking for gold. However, he’s saved by an old man, Tom (Harrison Ford), who lived alone separated from his wife after the death of his son. Finding each other in sudden comfort, the two of them decide to set off across the Klondike woods to find a new place to call their own. There, they find new adventures to discover involving a pack of wolves and gold. But Hal is hot on their trail for a little vengeance.
The book is grittier and bloodier than this film version, which is for a general audience. There are still just enough of the darker elements to not detract from the overall family entertainment it’s aiming for. It does start off like “Beethoven” in the early 1900s. with Buck being cute and funny making a mess of things, which feels tonally different from the rest of the film. From there, it becomes the dog version of “Roots,” but not as overtly dark.
One criticism some have had is the film’s decision to have Buck be a computer-animated animal instead of a real dog. Suppose with a story like this, using a real dog would’ve cast some issues with the production. Whatever the case, it’s not hard to get use to the digital animal being able to move like a real dog could do with some help from some motion capture. Having real actors interacting with it does help with the audiences getting emotionally connected with the story.
But while the CG dog is the star of the movie, it’s the human actors who have to carry the burden of interacting with an on-set motion capture actor. Ford does a great job being the movie’s soul especially in his scenes with Buck adding to the overall heart and emotion. At 77, he’s still able to throw a punch as well as sharing his personality with an animated dog. Then you have Stevens, who delivers a stock villainous performance so over the top that even Jim Carrey in Sonic the Hedgehog would tell him to take it down a notch.
Beyond some questionable animation, this version of “The Call of the Wild” remains as emotionally thrilling as the book it’s based on. It’s not going to win any awards, but for what it is, it’ll certainly appeal to a wide enough audience who enjoy this kind of film. Especially as a Disney film, it’s definitely heads and shoulders above their recent live-action remake of “Lady and the Tramp.”

THE MOVIE’S RATING: PG (for some violence, peril, thematic elements, and mild language)
THE CRITIC’S RATING: 3.5 Stars (Out of Four)