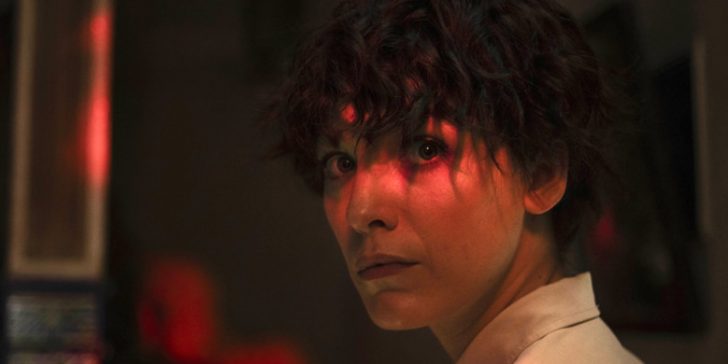 “The Rhythm Section” is a new revenge thriller devised by the producers of the James Bond franchise as a side project to their popular series. It’s also an adaptation of the 1999 novel by Mark Burnell, who also wrote the screenplay. Not to mention, it’s under the direction of Reed Morano from Hulu’s “The Handmaiden’s Tale.” We finally got a new killer action film for the new year especially for those who couldn’t wait for the next Bond film, “No Time to Die,” to come out.
Stephanie (Blake Lively) had a great life living with her family in London until they were killed in a plane bombing. Three years later, she is drowning her depression with drugs, alcohol and prostitution. But then a freelance reporter tells her that the plane bombing was committed by a terrorist cell. Going against the journalist’s advice, she travels to Scotland to find the mysterious source. It turns out that an ex-MI6 agent known only as B (Jude Law) is following the cell’s every move.
When she convinces him she just wants revenge, he reluctantly gives her some training to try to push her to her limits. As time goes by, she starts to develop enough skill and courage to become a trained killer. He gives her a new identity as an assassin to hunt down the terrorists. She also gets help from ex-CIA agent Serra (Sterling K. Brown), and they begin an intimate relationship. Soon enough, she finds herself caught in an unbreakable chain of intrigue and deception.
The movie seems to have a straightforward idea on how to present a story about one woman’s path of revenge. The audience are given a full glimpse of the main character at her most down before she’s given her sense of purpose to get back on her feet. While that first part certainly and her transformation into a killer assassin isn’t all that paced well and it all comes off as too much suspension of disbelief to comprehend. But then you’ll realize that there’s so many gaps in the story development including some of the characters that it’s like you need the book itself as a helper’s guide. This is what happens when a novelist tries to adapt his own book in screenplay form and the result is simply mediocre.
In-between the storytelling issues, there are bits of good filmmaking involved. The cinematography has the right color palette for each scene depending on the mood of the location. The action scenes are minimal at best, while serving to keep the viewer awake and not get lost in the plot. There’s certainly some hard work putting together the fight scenes, and they show to be well-choreographed and tightly edited. Unfortunately for James Bond fans hoping for the same entertainment value as the recent Daniel Craig films, this film doesn’t reach those heights they’re hoping for.
The best thing the movie has going for it however is its cast willing to go above the material they’re working with. Lively does a very good job playing a heroine with an interesting arc that helps drive the film. Law is simply playing an older version of 007 taking on a mentor role, and does a fine job in the role. Brown’s character is basically the one getting the least development because of the script issues, so the actor gives a decent performance and did the best he could possibly do.
It’s definitely evident they were trying to make a good movie, but “The Rhythm Section” will likely disappoint those who expect better from the producers of James Bond. At least having a side project is not a bad idea giving the current box office success of the recent 007 films. Maybe if they can find another popular action book that more people know about combined with their confident filmmaking talents, they might have a better movie on their hands. But for now, Bond fans will have to wait for April.

THE MOVIE’S RATING: R (for violence, sexual content, language throughout, and some drug use)