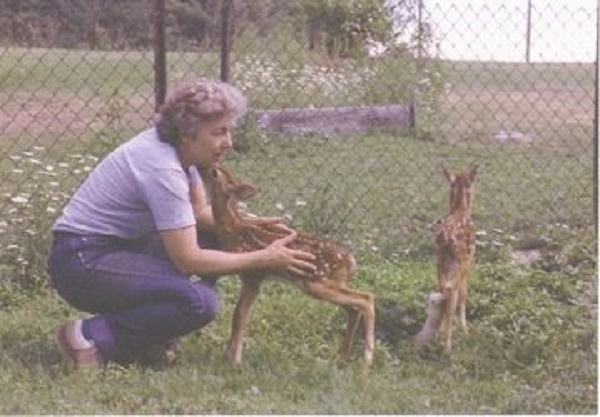 VASSALBORO — It seems like only yesterday when we applied for and received our federal and state rehabilitation permits, and the first wildlife began to arrive at our rehab center.
Since 1965, it was the choice of my husband Donald and I to forego vacations, evenings on the town and holiday celebrations to offer around-the-clock care for the abandoned and wounded critters brought to our door.

In 1996 I was asked to write about our Wildlife Care Center by Lea Davis, then editor of The Town Line in South China. Turner Publishing also began publishing my column in its various newspapers throughout western and central Maine.
In these articles I hoped to educate readers about Maine’s wildlife and the commitment needed to care for them. Back then, I couldn’t even imagine that 21 years later I would still be writing about and sharing our adventures. Many people have responded, calling us with questions, needing advice, or just telling us how much they enjoyed “Critter Chatter.”

I have written about all the species of wildlife we have rehabbed, the fun we have had over their antics, the tears we have shed over those we lost and the bittersweet joy we have felt saying goodbye when they were released back to their homes in the wild. Through the years, we have met hundreds of wonderful people who have cared enough about the animals to often have driven many miles to get them to us. We have been blessed with many caring volunteers who have come to assist us with multiple daily chores — we can’t ever thank them enough. So many good memories!
Since Donald was hospitalized last September with a heart issue, and although he is recovering well, we have decided it is time to cut back on the numbers of animals we are able to rehab.
This is not a decision that comes easily. It has also been a difficult decision to discontinue my column. My sincere thanks to the readers, to the newspapers that accepted my column and to my friend Lea, who prepared my column for publication from the beginning.

Carleen and Donald Cote operate the Duck Pond Wildlife Care Center on Route 3 in Vassalboro, a nonprofit facility, supported entirely by the Cotes’ own resources and outside donations. Call them at 207-445-4326 or write to 1787 N. Belfast Ave., Vassalboro, ME 04989