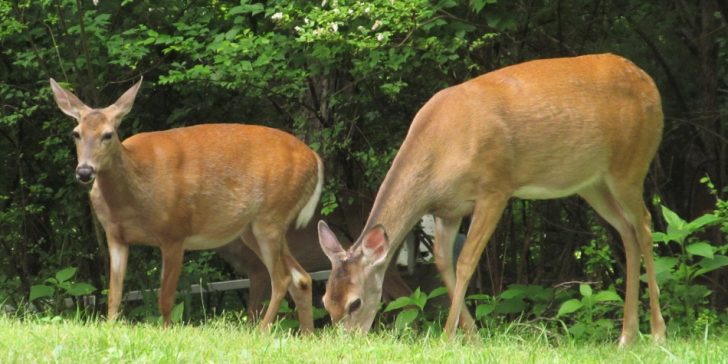 VASSALBORO — Another busy baby season has come to an end — phew! — Although we can never say it has ended for the year, as we receive injured animals year round, especially in the fall. The pens in the basement house wildlife that will spend the winter with us in recovery and beyond. They cannot be released in the cold weather after spending weeks in a warm environment, nor would we want to release them to unfamiliar territory in the winter.

Many injured animals that come to us were hit by vehicles. They never seem to grasp the concept of looking both ways before they cross a road! Driving on back roads at night demands particular caution by humans. Sadly, some drivers have been known to intentionally run over animals.

This summer, a woman called because she heard raccoons crying; she located and brought them to us. Upon examining them, we found their injuries to be horrendous. The woman lives a long distance from any highway, so we suspected that they had been beaten and tortured by humans. The raccoons could not be saved.

Every year the reason for babies coming to the Center for rehabbing are the same — the mother has either been shot or trapped and moved to a new location far away while the babies were left behind. Females give birth in places where people don’t want them. With the fawns, it might be that the doe was hit by a vehicle and killed while her fawn survived, or the doe was attacked by a wild or domestic animal.

Many of the smaller animals are caught and injured by cats, and they die from the injury or become infected from a bite. Antibiotics never seem to work on cat bites. This summer, we once again encountered parvo virus in the baby coons. The virus doesn’t kill them, but the dehydration and bacteria do. Many hours are spent trying to get a baby beyond this point, administering antibiotics, separating newcomers; many times, the hours spent are in vain, but we persevere as long as there is hope.

The whole process of raising a baby to the time of release can be physically and emotionally exhausting, considering the large volume we care for. My husband Donald is responsible for the fawns — the most labor intensive of the wildlife. They may arrive with broken limbs, if not from being hit by a car, then from attacks by a fox, fisher, coyote or dog. Some broken limbs cannot be fixed, and the fawn has to be euthanized. Other issues arise, such as diarrhea and refusing the bottle or solid food. Donald also is fond of foxes. The most serious health issue with them is mange. If we receive a fox in the early stage of mange, it can be treated with medication, buy if it is heavily infested, it doesn’t usually survive.

In 2015, we marked our 50th year of rehabbing wildlife. Could we be getting too old? People ask us, “If you retire from rehabbing, what will happen to the wildlife you care for?” Who knows what the future will bring. For now, life goes on. We’ll continue to face rehabbing issues as they occur – worrying solves nothing.

Carleen and Donald Cote operate Duck Pond Wildlife Care Center on Route 3 in Vassalboro, a nonprofit facility, supported entirely by the Cotes’ own resources and outside donations. Call them at 207-445-4326 or write to 1787 N. Belfast Ave., Vassalboro, ME 04989.